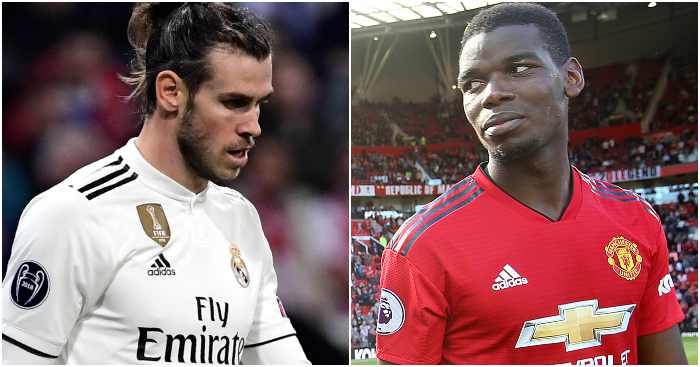 Pogba is said to be desperate to join Real after three years of inconsistency at Old Trafford, while Bale is not wanted by Zinedine Zidane, despite having three years remaining on a huge contract.

“If I looked at Bale to Man United, it would be like having [Ryan] Giggs and [David] Beckham,” the ex-Everton star told Talksport. “He’s got genuine pace.

“Gareth’s in a great position, he’s on £600,000-a-week. Real have got to do something with him, they either play him or shove him off. If they shove him off they’ve got to pay him off and he can pick where he goes.

“If you’re saying he’s part of the Pogba deal, I’d rather have somebody that runs about every week, tries his best and turns up to produce magic than somebody who doesn’t care.

“If I’ve got a group of younger people underneath the first-team and I’m saying ‘look, you’ve got to try every week’, and then they look at Pogba and go ‘no you don’t, he’s 90 million quid, he doesn’t try’.

“And then you’ve got Bale who turns up all the time and does everything you want… I know who I’d rather have.”