Home Liverpool Nev: Why Liverpool player is ‘the best’ in his position 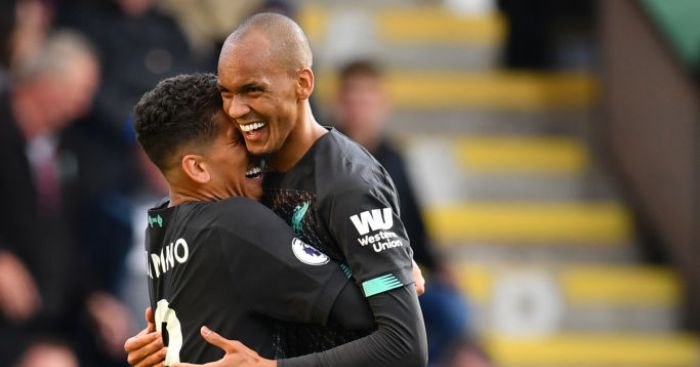 Gary Neville believes Liverpool midfielder Fabinho “is the best” player in his position.

Fabinho joined Liverpool for £43.7m from Monaco in summer 2018, with the deal agreed two days after their defeat in the Champions League final.

After a difficult first few months at Anfield, the Brazilian soon became crucial to their crowning as European champions.

Neville, while talking about the quality of Manchester United target Declan Rice, praised the 25-year-old.

Discussing defensive midfielders, Neville told Sky Sports: “I think Fabinho at the moment is the best.

“Because what Fabinho does, actually, is he doesn’t sit back in games.

“There are holding midfield players who just play horizontally, pass sideways, and they always shift this way and that way like they’re shuttling across.

“Fabinho plays vertically as well. He goes forward with his passes, he moves forward and steps in and wins the ball back.”