Home Mediawatch Never mind the title race, what about Ronaldo? 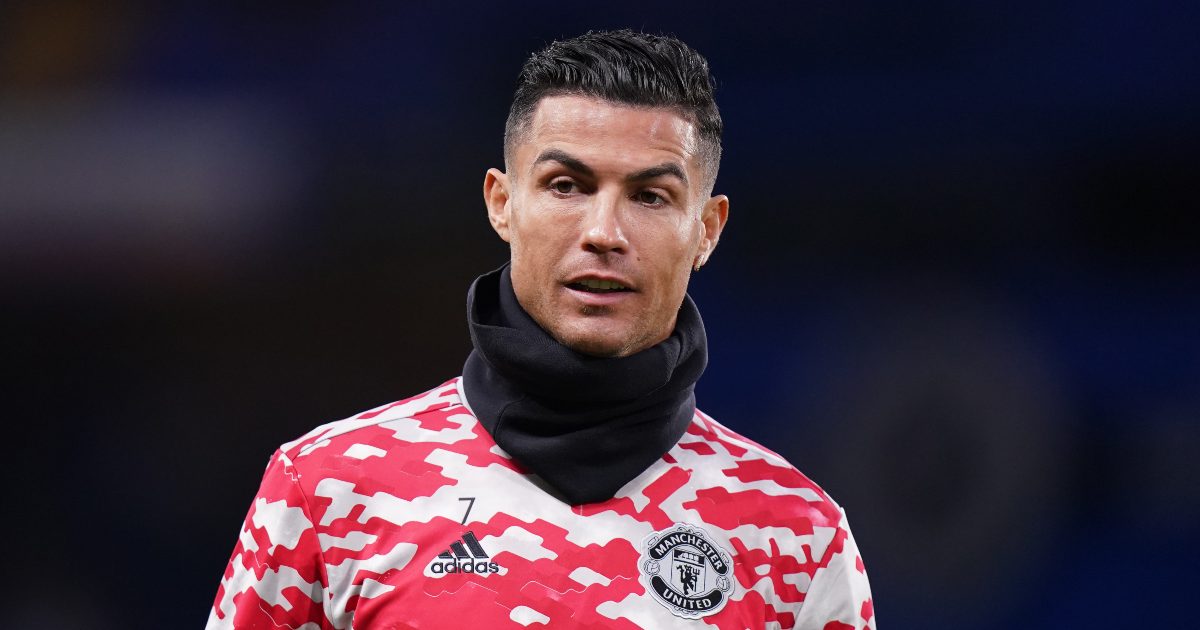 A Premier League title race? Pah. Why concentrate on that if you can talk about Ronaldo?

And what’s the story? What could possibly be more important than Chelsea, Manchester City and Liverpool all winning in their pursuit of the Premier League title?

‘MICHAEL CARRICK says it is a “myth” Cristiano Ronaldo cannot play in a high-pressing team.’

It’s a cracking story, to be sure. And absolutely deserving of top billing and a sycophantic VIVA RUN-ALDO! headline.

Its strength as a story is only ever so slightly diluted by the fact that Carrick did not say it was a “myth” at all.

Here’s what he actually said:

So Michael Carrick only actually said that it was ‘maybe’ a myth after he was asked if it was a myth by journalists who used the word myth first.

Which is absolutely, definitely more important than the Premier League title race.

Definitely maybe
For clarity, The Sun are not the only ones to go down this mythical route, with Guardian man Jamie Jackson (how are sales of ‘The Red Apprentice: Ole Gunnar Solskjaer: The Making of Manchester United’s Great Hope’ going, we wonder) writing that ‘Michael Carrick believes it is a “myth” that Cristiano Ronaldo is unable to press’.

Bloody hell. He was literally asked if it was a myth and he said ‘maybe’. That does not equal ‘belief’ anywhere but the church.

Do Ron, Ron, Ron
On The Sun website, the theme continues, with top billing being handed over to what they rather generously call ‘ANALYSIS’ of Manchester United v Arsenal from Neil Custis, taking a break from putting words into Michael Carrick’s mouth.

‘BACK ON THE EVENING of September 11th nobody could have imagined the situation Manchester United and Arsenal would now be in.

‘United had just beaten Newcastle 4-1 on an emotional day at Old Trafford when Cristiano Ronaldo returned and everyone thought the Red Devils were back.’

Well not everyone, Neil. This is what we wrote that day, that ‘once the euphoria over Ronaldo’s return subsides, Ole Gunnar Solskjaer may be feeling a little short-changed’ as his side still had a soft middle and the goals put a gloss on a performance that fell way short of expectations.

‘Had United taken the Gunners on in September they would have been certs instead they go into a home game at only evens with one bookmaker to win.’

That’s a tad misleading. Most bookmakers have United odds-on to win, which seems a tad generous to the team in tenth, if anything.

‘You can’t believe a player of Ronaldo’s goalscoring talent will be left out for a second time running.’

Yes, it seems incredible that a player who has scored an astonishing four Premier League goals this season would be left out by Manchester United again.

After all, you don’t see Josh King or Neal Maupay being dropped by Watford or Brighton. And if Ronaldo starts v Arsenal, he might even draw level with that pair for goals.

Old man, look at my life…
In the Daily Mirror, Liverpool fan Brian Reade (‘At the heart of football’) has been writing about Manchester United and the need for ‘gritty reality’.

‘So will history judge the latest appointment as the dawn of a new era or another error? United claim Rangnick hasn’t been hired merely to guide them into next season’s Champions League but to create a brave new future. That he’ll ditch all the hotch-potch philosophies and prick all the pompous egos that have beleaguered them in recent years and establish a clear blueprint for how they train, play and recruit.’

United ‘claim’ nothing of the sort, Brian. Those are all your words. What John Murtough, Manchester United football director, actually said is this:

“Ralf is one of the most respected coaches and innovators in European football. He was our number one candidate for interim manager, reflecting the invaluable leadership and technical skills he will bring from almost four decades of experience in management and coaching.”

Where does he say anything about ‘hotch-potch philosophies’ and ‘pompous egos’? That’s just propaganda designed to make Manchester United look confused after an appointment that finally actually makes some sense.

‘But will the intense pressure on a 63-year-old who has never managed an elite club with global superstars prove too onerous?’

Quite why his age is relevant is a mystery. Especially as Reade himself is 64.

‘There’s an array of legends queuing up to damn every poor performance with the words “this is Manchester United we’re talking about, here. They have to be winning. And winning in style.” Roy Keane even fired off an unhinged rant after a creditable draw at league-leaders Chelsea on Sunday. The man who never shies away from telling us it’s in “United’s DNA” to be winning titles defended buying Cristiano Ronaldo on the grounds that “he got them into the next round of the Champions League, that’s worth so much to the club in terms of business.”

‘It made about as much sense as Gary Neville’s blind defence of his mate Solskjaer after recent thrashings or Patrice Evra warning Rangnick that he was taking on an impossible job because “you need to both play the United way and be a winner.”’

Actually, what Evra said is that it is “almost an impossible, because nothing is impossible in life” and he literally never said one thing about Rangnick; he was speaking before that deal was confirmed.

And condemning former United players for ‘queuing up to damn every poor performance’ and also for the ‘blind defence” of Ole Gunnar Solskjaer makes absolutely no sense at all. Should they condemn or should they defend?

As for Roy Keane – for a man who ‘never shies away from telling us it’s in “United’s DNA” to be winning titles’, Google brings up literally no results for Keane talking about ‘United’s DNA’.

Obviously, it all comes back to Liverpool eventually…

‘At Rangnick’s brief introductory press conference he spoke blandly about helping players fulfil their potential. I’m sure if he’d been pressed on precisely what United now need his answer would have been similar to Jurgen Klopp’s, at his first Anfield grilling, when he said everybody who cares about Liverpool should throw off “the backpack of history” and have a “restart.”’

In truth, Klopp said that “it’s not allowed that you take the history in your backpack” but Reade has not allowed actual quotes to spoil the rest of his column, so why start now?