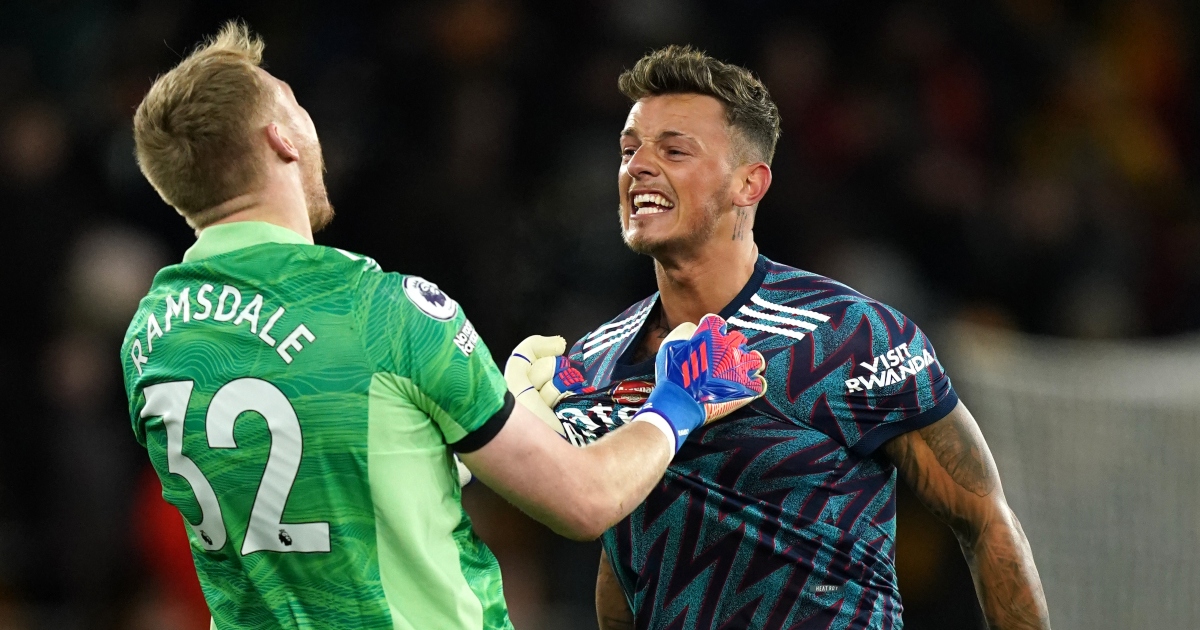 Wolves midfielder Ruben Neves has criticised Arsenal for celebrating their 1-0 win at Molineux “like they won the league”.

The Gunners edged past Wolves on Thursday evening in a scrappy match thanks to Gabriel’s first-half goal.

Gabriel Martinelli was shown a bizarre red card by referee Michael Oliver, meaning Mikel Arteta’s men really had to dig deep in the last 20 minutes to see out the victory.

Arsenal show flair and grit and stupidity to see off Wolves

Arsenal held on to pick up three crucial points, but Wolves midfielder Neves was not impressed with the north Londoners’ celebrations after the full-time whistle.

Neves said: “We did well but we are struggling to score goals and conceding a lot on set-pieces. With their goal there is some doubt about whether it was a foul or not but that’s football. We are used to these decisions.

“We need to improve a lot on scoring goals because we are creating chances but we’re not good enough in that part of the game.

“We saw the way they celebrated the win and that shows the level we are. I didn’t see Arsenal celebrating like this in the past 10 years – it was like they won the league.”

Wolves manager Bruno Lage was “disappointed” by the result, saying he believed his side were “better” than their opponents.

He said: “I’m disappointed because I thought we were the better team. Our tempo was very good and we managed the game well but we didn’t score our chances and we suffered from a set-piece.

“I think there were two strange decisions, especially for our ‘goal’. But we continue to work.

“I saw the Arsenal goal and the striker kicked Jose Sa’s hand. It’s clear, so clear. When you look at the image it’s a strange decision.

“We did a good game and created chances but we are not scoring goals at the moment and we suffer because of that.”