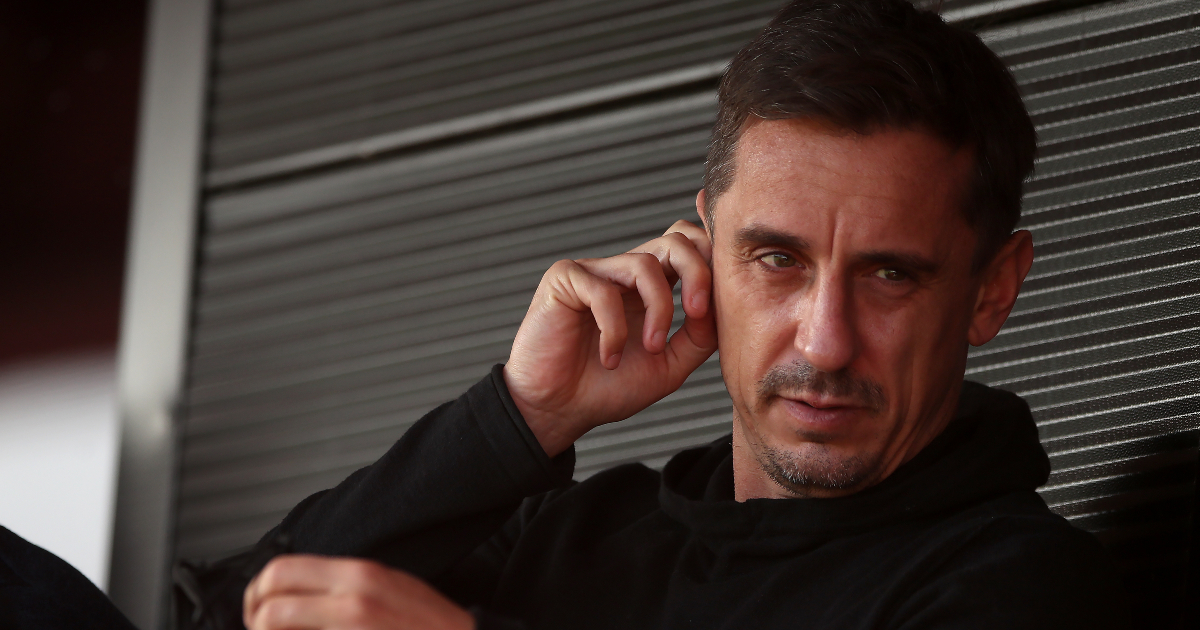 Gary Neville has called for the country to “cuddle” Bukayo Saka after the Arsenal teenager missed the penalty that saw England lose the European Championship final on Sunday.

Saka’s penalty was saved by Gianluigi Donnarumma after Marcus Rashford and Jadon Sancho also failed to convert their spot kicks in a heartbreaking end to Euro 2020 for England at Wembley.

And Neville believes the nation will rally around Saka as “we have got a lot more mature”, clearly not accounting for these tw*ts.

“It is heartbreaking for the boy,” said Neville on ITV. “The whole nation is going to need to cuddle him. Everybody has loved this boy for the past few weeks and they will love him in the next few weeks. He has been absolutely brilliant.

“Gone are the days when we criticise players for missing a penalty. Fifteen or 20 years there might have been a scapegoat. That is not going to happen this time.

“We have got a lot more mature. They are human beings and they need to be looked after. They cannot be assaulted or abused.”

Ian Wright praised the Saka for being “brave enough” to take the crucial penalty, while Roy Keane said the 19-year-old will be better for the experience.

“He is a child and I guarantee he will be better for it,” said Keane. “It is all part of growing up, I am afraid.

“No team deserved to lose. It is not a night to be critical of any England players or Gareth Southgate or the staff. Both goalkeepers made some brilliant saves. You have to lose to win. These players will be better for it, it’s a tough night but you have to take your medicine and move on.”

Gareth Southgate took responsibility for the shootout defeat after the game.

“We prepared as well as we could for that and that’s my responsibility, I chose the guys to take the kicks,” Southgate said.

“No-one is on their own in that situation. We decided to make the changes right at the end of the game and we win and lose together as team.”

On selecting Saka to take the fifth penalty and also making very late substitutions to get more takers on Southgate added to ITV: “That’s my decision to give him that penalty so it is totally my responsibility: it is not him, Marcus or Jadon.

“We worked on it in training and that’s the order we came to. My call as coach.

“It is always the risk you run but they have been by far the best and to get all those attacking players on you have to do it late.

“It was a gamble but if we gambled earlier we may have lost the game in extra-time any way.”