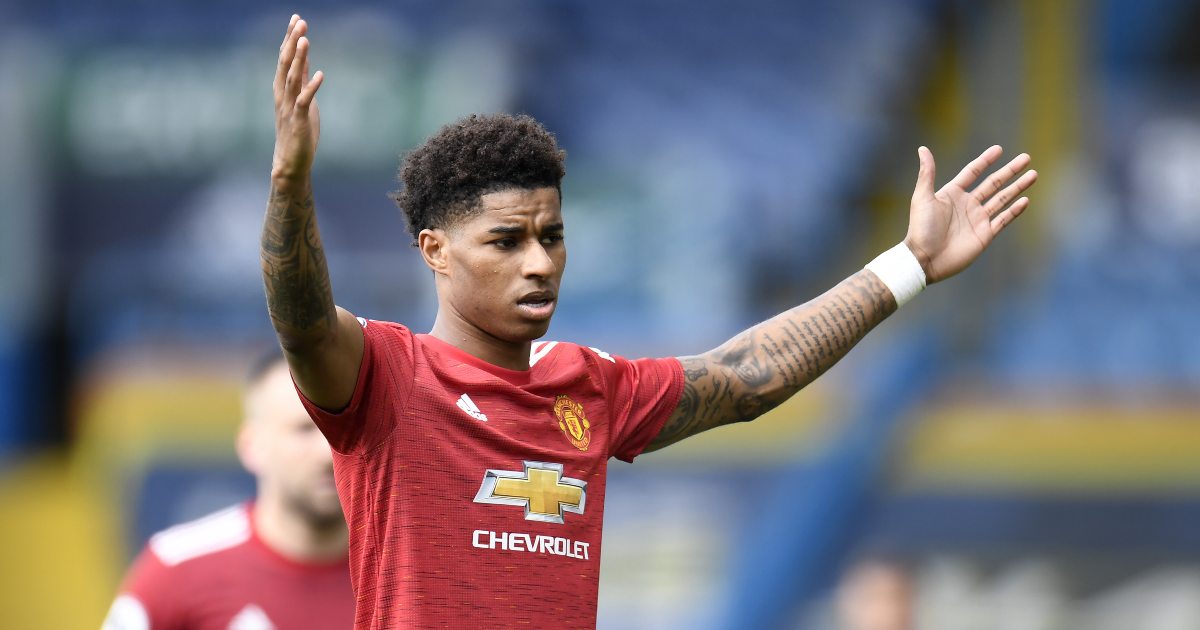 Gary Neville picked Marcus Rashford as one of four Manchester United players in his team of the season and admitted that ’emotions’ might have swayed him.

On form, Rashford may not even be in the Manchester United’s first-choice XI, with Mason Greenwood emerging as the better option on the right side of the attack and Paul Pogba thriving on the left.

“On the left, I went for Marcus Rashford. When he was doing all that stuff off the pitch, which was incredible, I thought there must be a consequence of that on the pitch, that he would start to falter and that the injuries would pick up or he would be distracted. But he just kept going and kept performing and he’s still there,” said Neville.

“Sadio Mane has obviously been outstanding for the last three weeks, Son is a brilliant player, but I went for Rashford because of his overall contribution on and off the pitch. Maybe there’s a bit of emotion there.”

Gary Neville showing his allegiance by picking Rashford (and Maguire to a lesser extent). Rashford’s had a decent season at best but not hit heights of 19-20 and hasn’t won an #mufc POTM award. Cavani and Greenwood have outperformed him in recent months https://t.co/pZhZNUZquN

Rashford joined Harry Maguire, Luke Shaw and Bruno Fernandes from United in Neville’s team of the season. He also included five Manchester City players, with Ruben Dias also highlighted as his player of the season.

“I think John Stones has had a fantastic season, but he’s ‘cuddled’ by Dias and Walker and that’s a big thing – the pace on one side and Dias outstanding on the other.

“I think Harry Maguire is the outstanding centre-back other than Dias in the league and that’s nothing to do with him being Manchester United.

“I think he’s been reliable, he’s been consistent, he’s started to show authority and I think Manchester United have got a very good player there. If City had him and Dias together, they would be almost unstoppable.”