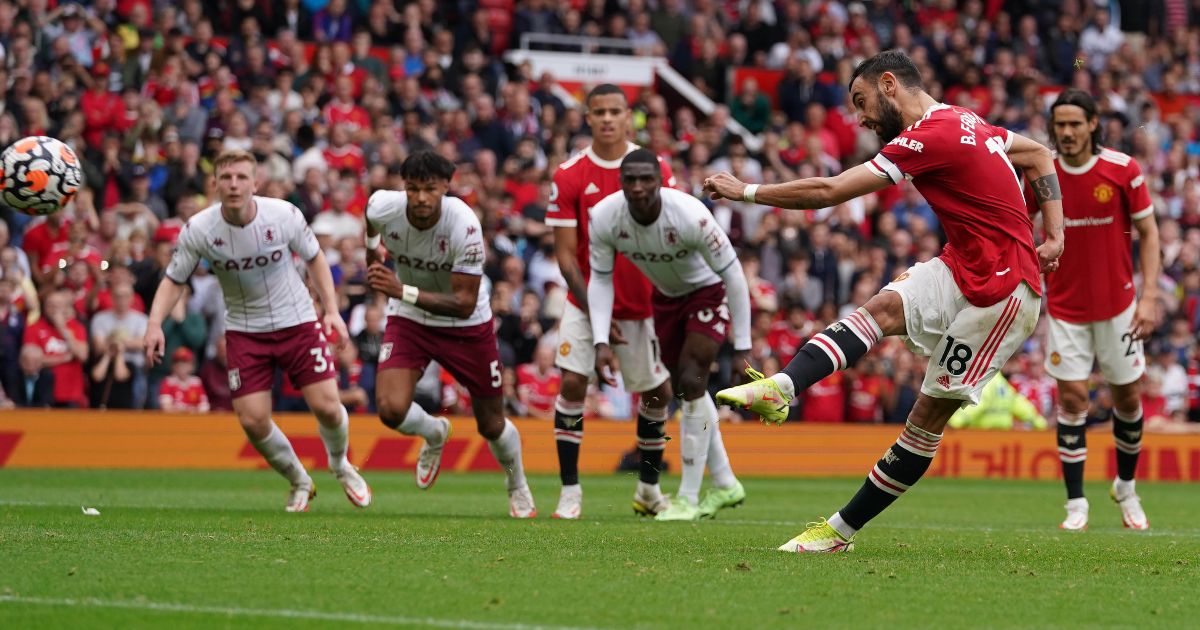 The Portugal international missed a spot-kick in stoppage time at the end of the second half  against Aston Villa on Saturday as he blew a chance to snatch a point.

Fernandes was given the chance to level proceedings at Old Trafford just moments after Kortney Hause had put Villa into an 88th-minute lead.

But Fernandes, who had scored 21 of his previous 22 penalties for United, sent the ball high over the bar and Villa held on for a 1-0 victory.

And following his miss Fernandes posted a message on his social media platforms apologising for missing the penalty.

The 27-year-old wrote: “Nobody is more frustrated and disappointed than me for missing the penalty and the consequent defeat.

“I’ve always assumed my responsibilities and I’ve always embraced them under pressure in moments like this. Today, I failed. But I took a step forward and faced the challenge with the same ambition and responsibility as when, on the many other occasions, the ball ended up in the net.

“Criticism and contrasting opinions are a big part of football. I’ve learned to live with it, even using them to drive me on, and I consider it all a very important part of my commitment to never stop trying to improve and to become the best player I can possibly be, for me and the team.

“Today I once again took the responsibility given to me almost since I joined United and I will take it again without any fear or dread whenever called upon.

“Thank you for all your support after the final whistle! Hearing you chanting my name in the stadium was very emotional…

“I will come back stronger for me, because these are the standards I hold myself to, but most of all for my team-mates and our fans who have always supported us.”

Although Neville didn’t mention Fernandes directly, he thinks over-the-top messages like that are “embarrassing”.

On a Twitter Q&A, he wrote: “It’s embarrassing! They need to sack their PR people, speak with some authenticity and get on with it. I’m going to go big on this in the next few weeks. They’ve all got these comms managers, that are creating personalities that don’t exist!”

It’s embarrassing! They need to sack their PR people , speak with some authenticity and get on with it . I’m going to go big on this in the next few weeks . They’ve all got these comms managers , that are creating personalities that don’t exist ! https://t.co/wWxYIykVQT