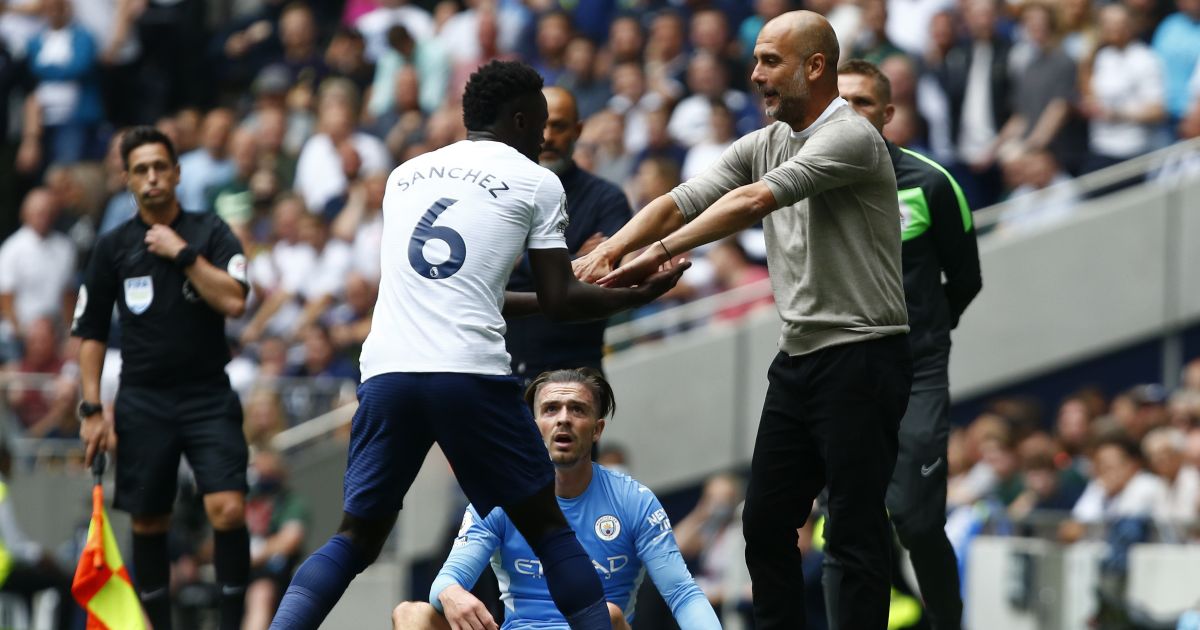 Spurs, who were missing captain Harry Kane, got their new season off to the perfect start by beating defending champions Manchester City 1-0.

Arsenal, on the other hand, could only lose their opening day clash 2-0 against an impressive newly-promoted Brentford.

And Neville thinks that Arsenal could learn from the way the “aggressive and serious” Spurs duo played in their first match.

He told the Gary Neville podcast: “If you look at how Japhet Tanganga and Davinson Sanchez defended for Tottenham against Manchester City on Sunday, they got put under a lot of pressure. But they were aggressive and serious about their defending, they knew they had a tough job in front of them and they stuck to it, they never shirked it.

“Arsenal were the complete opposite. I felt like every time a ball got played forward into the two Brentford strikers, Arsenal didn’t really want the fight. Tottenham rose to the occasion, I know they had the fans behind them, but that to me was the difference – the second balls, the hunger to win the balls back, the physicality, the ability to defend well one on one. I just thought Arsenal were way off it.

“I know they were off it in an attacking sense as well, but the foundation for any good performance is that you match the other team competitively and I felt like Tottenham did that and Arsenal didn’t. It was a struggle for them.

“They are well short in quality as well, missing Alexandre Lacazette and Pierre-Emerick Aubameyang. I did think there was something in Mikel Arteta’s interview before the game that told me he wasn’t too happy with them. Usually if a player was ill, there would be genuine concern from a manager, but he pushed it away a little bit like something had gone on.

“That was a blow losing two experienced players, but I felt like before the game, the energy of the players coming in might help against Brentford, but Arsenal are well short. Looking at both north London teams, I know it’s early and it will change, but this Tottenham team looked like it had a spirit about it to dig in.

“Nuno’s teams over the last three years have done that at Wolves. If he can get that ‘hard to beat’ mentality into this team – at times his Wolves teams were called pragmatic, but he’s got better forward players here – then they could do better than expected this season.”