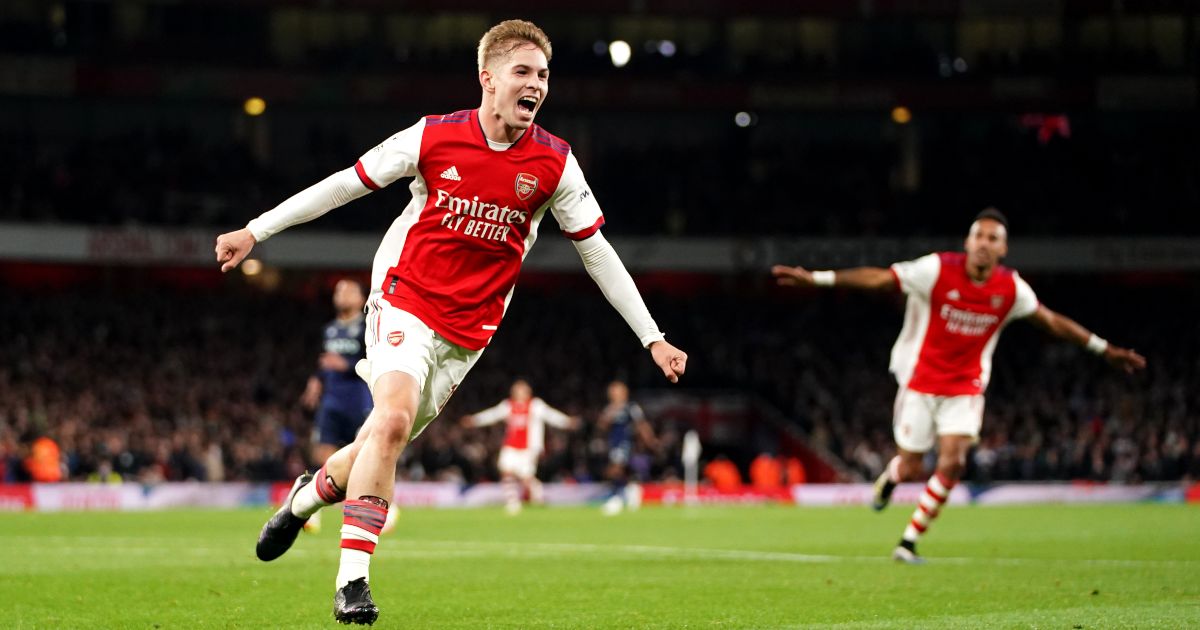 And he has started off in great form this term too with two goals and two assists in nine league matches, while he was man of the match in the Gunners’ 3-1 victory over Aston Villa over the weekend.

And Neville has paid a huge compliment to the young Arsenal star by claiming the 21-year-old is more “clinical” than Ronaldo at the same age.

“It’s quite unusual to hear a player [say that] because everybody talks about the team and the collective. To hear Mo Salah say it is refreshing.

“I think you can say these things when you are delivering, and these two have delivered now consistently.

“Ronaldo now for 10, 15 years and Mo Salah for five, six years, and beyond. They are absolutely deadly. They are ruthless and clinical.

And Arsenal boss Mikel Arteta was effusive in his praise for Smith Rowe after the victory over Villa, insisting he will “only get better”.

Arteta said: “When you want to take the game to the next level, when you become a real important player in such a big club, that should be the only priority and every detail is important and relevant.

“You have to make him aware of that, you cannot give percentages away that can make big differences and he has changed that.

“Credit to him and obviously the staff here that are all the time monitoring and build that education with him and he’ll only get better.

“He should demand that in his game because he is capable of doing it. I’m pleased that that is developing. He still needs to develop more in other areas as well.

“The other night he wasn’t 100 per cent fit but he stepped forward and he wanted to play with a difficult injury that he had.

“There is no complaining, he is just looking forwards, he is really determined, he has changed the way he is living as well a little bit and some of the habits that he had and he’s been superb.”