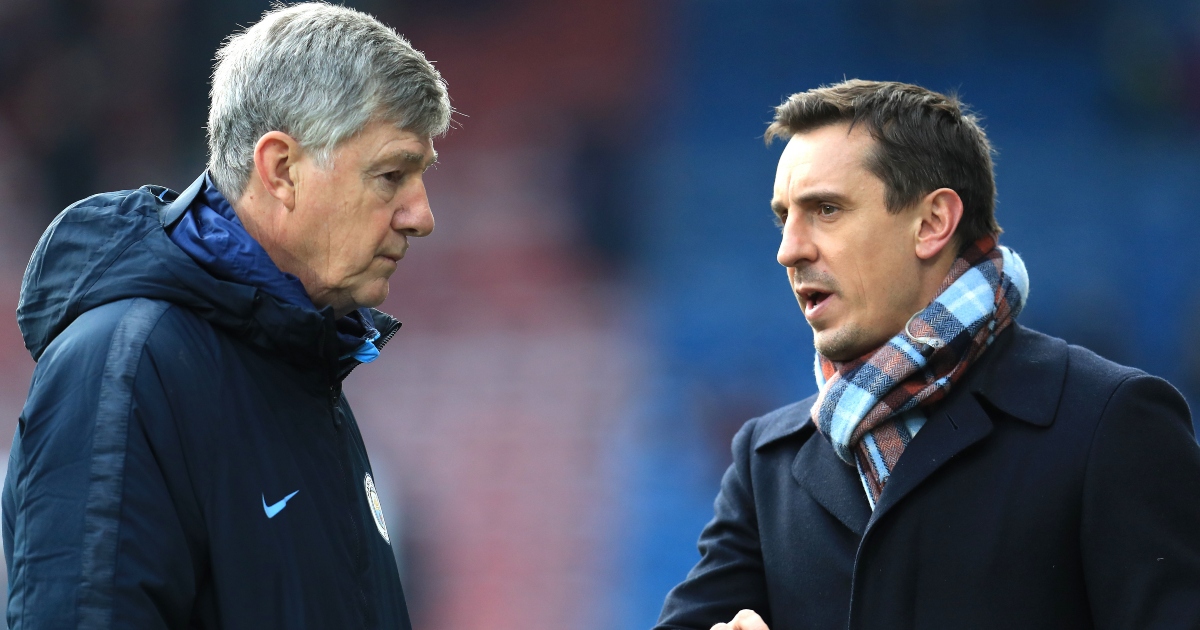 Maguire has faced a lot of criticism in recent weeks amidst the Red Devils’ poor run of form that has seen them slip down to sixth in the Premier League.

The 28-year-old suffered a calf injury against Aston Villa in September and missed two matches as a result. He was brought back to face Leicester three weeks later but did not look fully fit as United lost 4-2.

Adding fuel to the fire, Maguire celebrated a goal for England during the most recent international break by cupping his ears, which drew criticism from many pundits; most notably Roy Keane.

The Irishman said during ITV’s half-time coverage of the win against Albania: “He thinks he’s shutting the critics up. But I think It’s embarrassing.

“He’s been a disgrace the last couple months for Man Utd. He thinks if he scores there, he’s going to shut his critics up. Embarrassing.”

On the celebration, Neville said: “When I saw him do that I thought he would get criticism. But whatever you need to do, Harry, to be you and get your confidence and authority back, you go for it. It’s part of his learning.”

Neville then explained why Maguire is going through a difficult spell for the Premier League club, relating the centre-back’s struggles to his own during his time at Old Trafford.

“Harry Maguire is an emerging leader but is not there yet. I thought he was getting the United dressing room in the palm of his hand at the end of last season. Then he went to the European Championships injured and had the most incredible experience.

@HarryMaguire93 Congratulations mate @England Highest scoring defender ⚽️⚽️⚽️⚽️⚽️⚽️⚽️👏🏻
Let’s see if a few of these pundits talk about that. pic.twitter.com/9D0KiNtdRg

“What is happening now is that Harry Maguire and Luke Shaw are experiencing post-Euros syndrome and burn out. I know because I have had it.

“Harry Maguire is the future of the club along with some others so I have no doubts about him. He is just going through a two or three year mad period like I did. It emotionally drains you. Only three weeks off every summer.

“When he puts his hands to his ears I get it. I once went over to Liverpool fans and gave them loads.

“I once played Vasco da Gama and gave two pass backs away in three minutes, played Edmundo and Romario in, and lost us a World Club Championship and lost my confidence for six months and ended up seeing a psychologist. So I have been where Harry Maguire may be today.