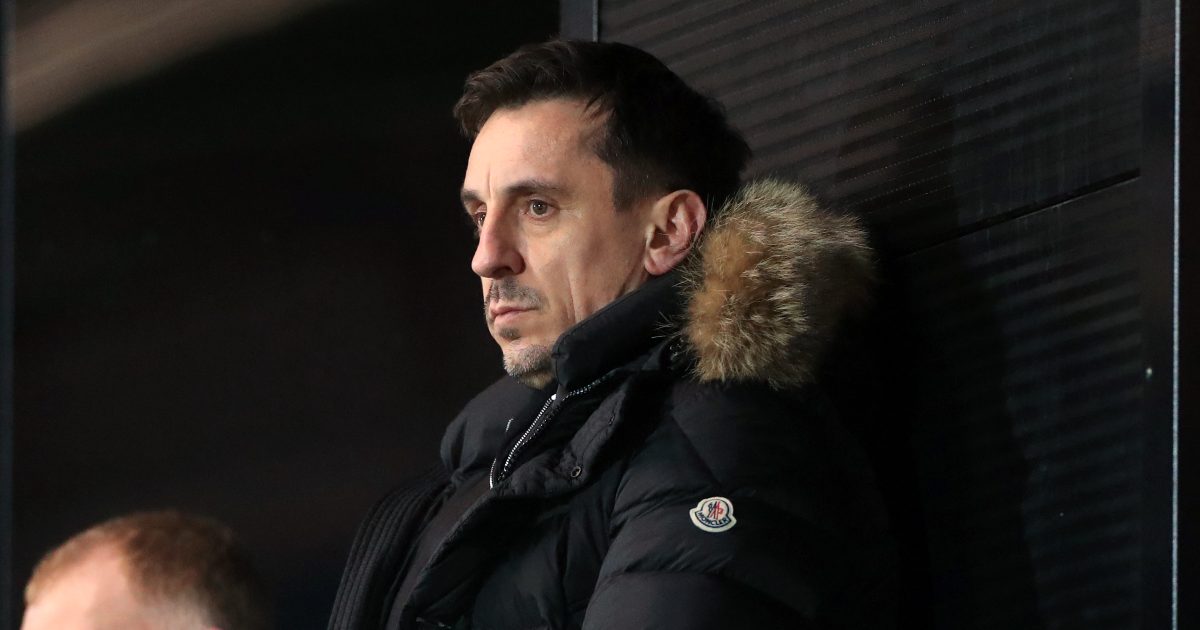 Gary Neville has suggested that Tottenham Hotspur’s recent form under Antonio Conte will “strike fear” into the likes of Manchester United and Arsenal.

Conte replaced Nuno Espirito Santo at Spurs at the start of November. The ex-Wolves boss only had 17 games in charge across all competitions.

Tottenham have fared well under Conte so far. They lost 2-1 to Mura in the Europa Conference League but they are unbeaten under him in the Premier League.

They have won three and drawn two in the league since he took the job. This form has seen them move up to seventh and they will rise as high as fourth if they make the most of their games in hand.

Last time out, they drew 2-2 versus Liverpool in a chaotic game at The Tottenham Hotspur Stadium.

Conte said after the stalemate that his side deserved to take all three points:

“I think it was an exciting game and we created many chances to score and win the game. We have to be a bit disappointed with the draw. For sure we played against a really strong team,” Conte said

“For the chances we created, we go home with the thought instead of one point it could be three points.

“We prepared a plan. It’s not simple to defend against them. When we’re in possession I said we could create problems for Liverpool. This happened today. The supporters have seen a good exciting game.”

During his latest podcast for Sky Sports, Neville suggested that Spurs can be “really competitive” in the top four race:

“He’s a great manager, you can see the influence he’s had on this group,” Neville said.

“The energy compared to how they were before, the stadium is electric – and it was brilliant in here all the way through the game.

“You can see him on the touchline. The emotions. He cares passionately and is desperate to win.

“He’ll be disappointed with the chances missed because I think he set up his team perfectly, but also proud and realise he’s got a good group of players here.

“We started to question that over the last 12-18 months.

“Were this team over the hill and were they spent under Mauricio Pochettino and as good as it can get?

“But they’ve shown a performance today that can tell us they can really be competitive and push for the top four.

“It will strike a little bit of fear into Chelsea, Manchester United, Arsenal, West Ham, all the others with aspirations to be up there.

“This Tottenham team are going to be real in the next four to five months.”