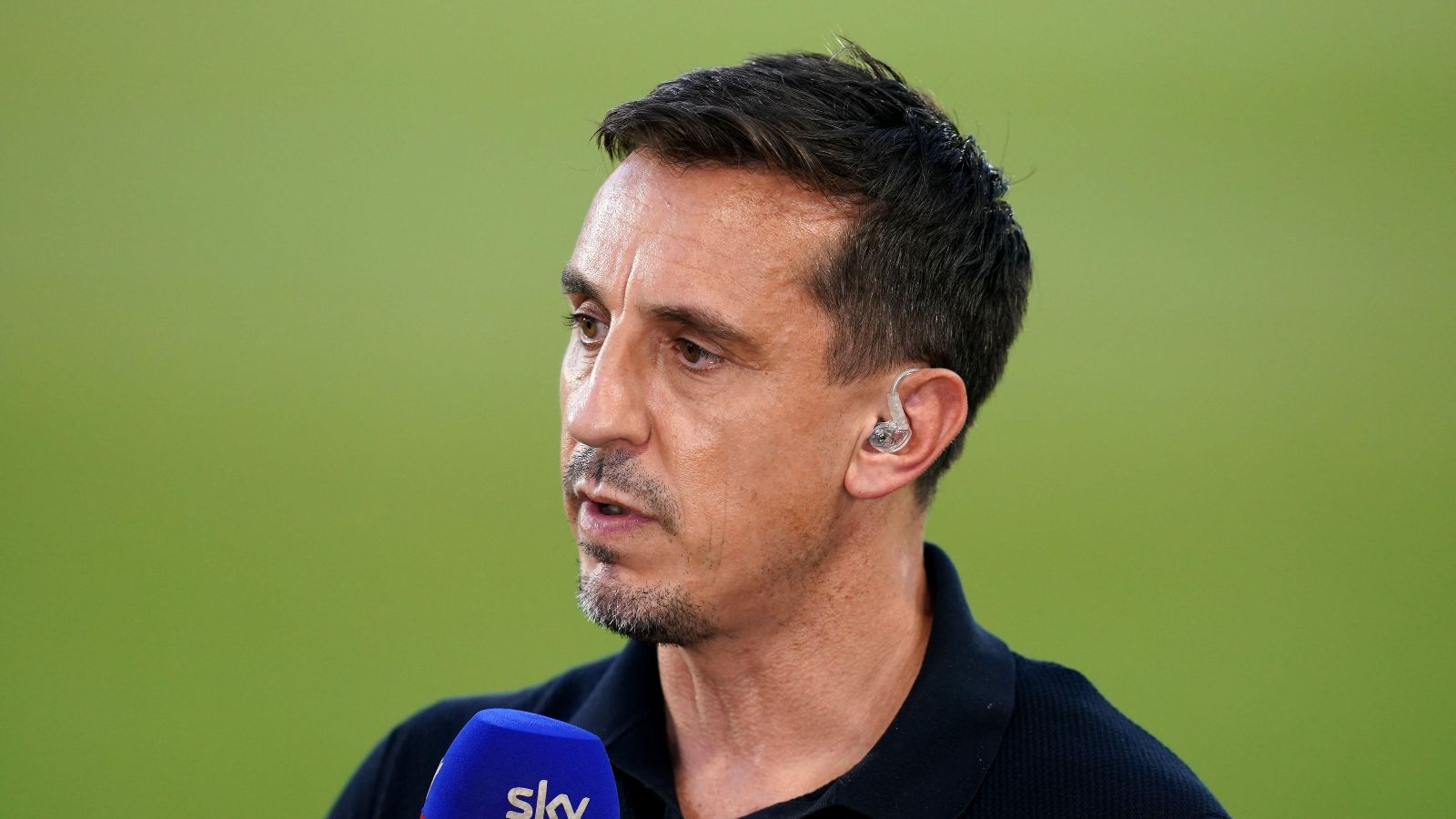 Gary Neville thinks four players were to blame for Man Utd’s first-half performance in the Manchester derby on Sunday against Man City.

United were in good form prior to the international break as they won four straight games in the Premier League.

But this positive work was undone at the Etihad on Sunday as they were hammered by their local rivals.

City found themselves 4-0 up at half-time as Erling Haaland and Phil Foden netted braces.

United did themselves no favours as they were wasteful in possession and City were quick to punish them.

The hosts let United off the hook a little after the break as a long-range strike from Antony and a quickfire brace from Anthony Martial made the scoreline look a bit better.

Martial’s goals came after Haaland and Foden both completed their hat-tricks so the final score was 6-3.

The Red Devils were wide open defensively, but he thinks the “lack of composure” from Marcus Rashford, Christian Eriksen, Bruno Fernandes and Scott McTominay was damaging:

“It was the unforced errors, the anxiety on the ball and the lack of composure. I’m not talking about the defenders at the back who are being pressed but the midfielders and the forwards: Rashford, Eriksen, Fernandes, McTominay,” he said on The Gary Neville podcast.

“They were all giving it away in that first half unnecessarily. It just then brings further negative vibes throughout the team when your best players aren’t handling the ball well. They should’ve been better, a lot better.

“They were forcing it far too early. It’s almost like they got into their heads, when they get it they’ve got to counter attack, they’ve got to put the ball in behind City, but to do that you’ve got to play those two or three passes in midfield and through midfield to set it up.

“You can’t just think you get the ball, play one pass, turn and knock it over the centre-backs, even if they’re not City’s best centre-backs, they’re going to read that. It just became really simple for City’s defenders to be able to cope with it.

Neville added: “It’s difficult, I expected them to handle it better but I wouldn’t put the blame of today on the back four. I was more disappointed with how Manchester United’s midfield and forward players were, I thought it was really poor in that first half. They didn’t turn up and you’ve not got a chance if they don’t.”