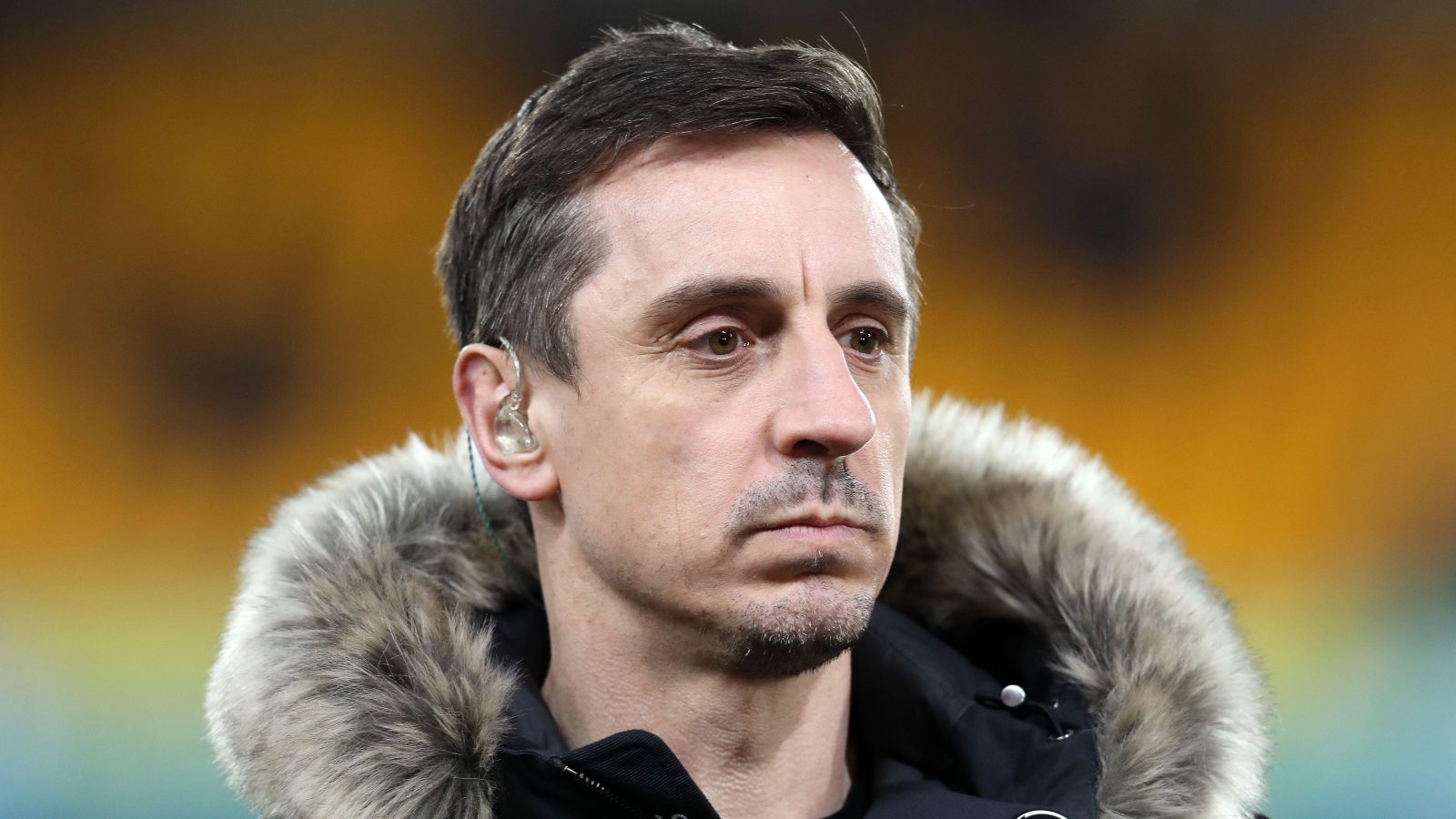 Gary Neville thinks Arsenal defender Rob Holding was “played” by Son Heung-min “like a little boy” in their 3-0 defeat to Tottenham.

Holding was booked early on in the north London derby before being shown a second yellow card on 33 minutes after his arm caught Son in the face.

Mikel Arteta was not happy with the decision after the game but most pundits – including former Arsenal players – agreed that it should’ve been a sending off.

Reacting to the red card during commentary, Neville accused Holding of being “erratic” and “rash” to cost his side dearly.

“I’m watching the run from Son and he [Holding] has a jab with his elbow, it comes away from his body. He’s been erratic, rash, he’s lacked composure.

“It’s madness. Mikel Arteta has big problems now. His centre-back has caused him huge issues in the first 35 minutes of this match.

“We spoke about Holding earlier in the game. Son played him. He played him and played him, like a little boy.

“Sometimes as a defender your head goes, you’re emotional and you do rash things. Son was in his head.”

Rob Holding catches Son and gets a second yellow! pic.twitter.com/Y0j6VHvPfd

Fellow Sky Sports pundit Jamie Redknapp added: “There were two instances before when he could have been booked.

“We spoke about derby games and how it’s about having a cool head, don’t do silly things.

“Once you’ve been booked you have to be so careful. He’s got a major problem because Son is too quick for him. The second yellow could even be a red, it’s a really poor decision from him.”

Speaking on BBC Radio Five Live, former Arsenal defender Matthew Upson said: “We spoke a lot about the occasion before the game and for me it must be a case of the occasion getting the better of Rob Holding.

“He has got too involved with the player as opposed to thinking about his job. It is a massive hammer blow for Arsenal.”