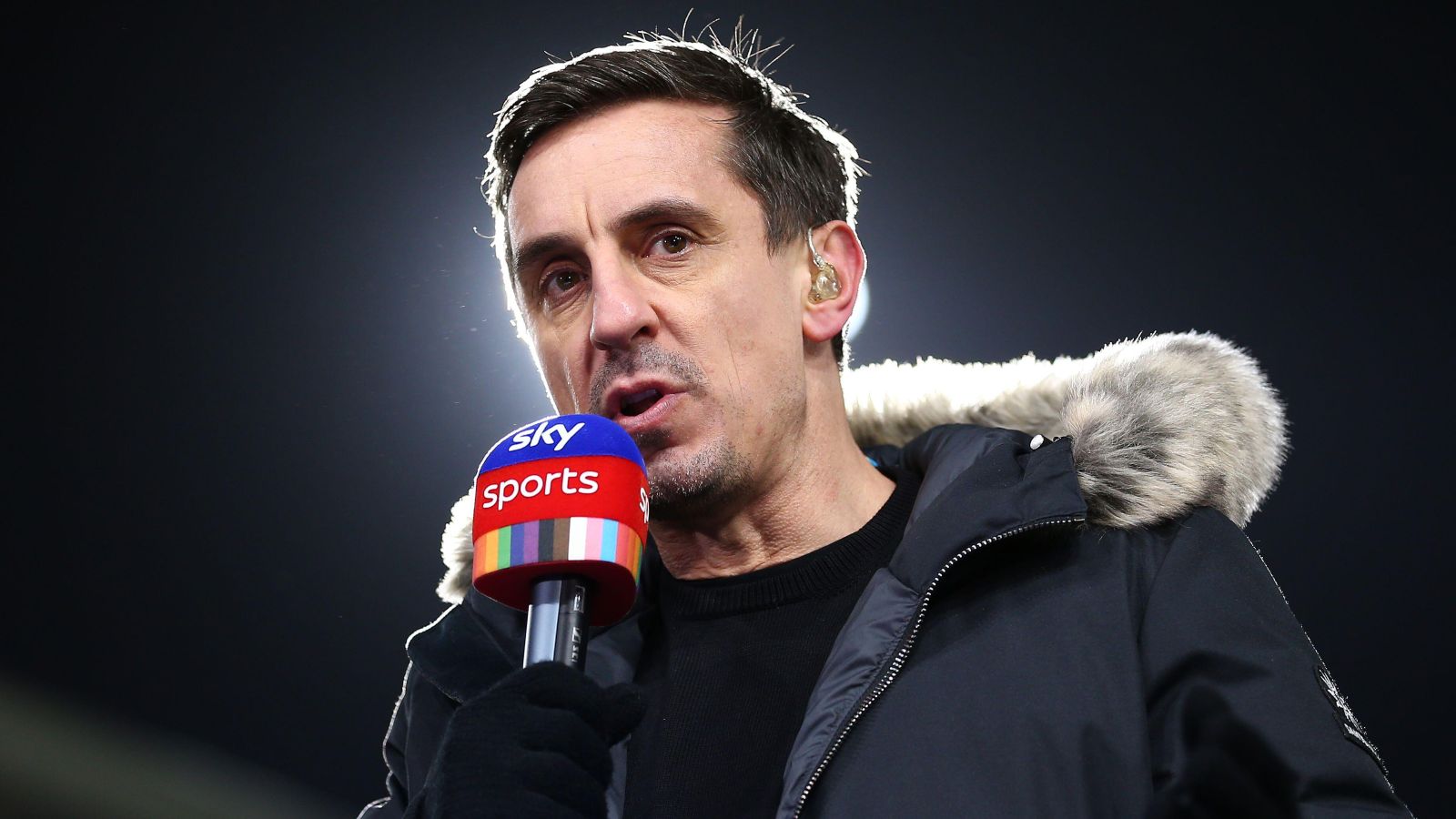 Gary Neville has doubled down on his criticism of Barcelona’s transfer antics this summer, labelling them a “disgrace” over their treatment of Frenkie de Jong.

Barcelona have told De Jong he has to leave the club or take a significant pay cut, amid interest from Manchester United, who have reportedly agreed an €85m fee for the midfielder.

MAILBOX: Placing Ten Hag on the Pep spectrum, and Man Utd moving on from De Jong…

But the Netherlands international has resisted those efforts, as he wants to be playing for a Champions League club and is still owed £17m in wages and bonuses from the height of the pandemic.

Despite saying they need to sell De Jong to balance the books, Barcelona have continued to make big-money signings this summer.

Robert Lewandowski, Raphinha, Andreas Christensen and Franck Kessie have all made the move to the Nou Camp, and top Chelsea target Jules Kounde has been the latest join the club, moving from Sevilla for £46m.

And after the news of Kounde’s transfer was confirmed, Neville took to Twitter to hit out at Barcelona once again, retweeting a post about the move with the caption: ‘Does he know he doesn’t get paid his full wages if they want rid of him??’

The former Manchester United defender then replied to a fan who said Neville ‘wouldn’t care about De Jong not getting paid if he wasn’t linked with United.’

I actually don’t care if he signs for United or not! However it has highlighted a situation I’ve always been passionate about which is employers/clubs taking the piss out of workers/players and not paying them their due money! Barca are a disgrace to their great name! https://t.co/tHB1HrP5Vx

Refuting that claim, Neville responded: ‘I actually don’t care if he signs for United or not! However it has highlighted a situation I’ve always been passionate about which is employers/clubs taking the p*** out of workers/players and not paying them their due money! Barca are a disgrace to their great name!’

It’s not the first time Neville has questioned Barcelona’s actions after he urged De Jong to take legal action against the La Liga side earlier this week, questioning how the Spanish giants are allowed to continue to buy players when they are unable to pay those currently on their books the money they’re owed.

‘De Jong should consider legal action v Barcelona and all players should be behind him! A club spending fortunes on new players whilst not paying the ones they have under contract their full money is immoral and a breach. @FIFPRO should be all over bullying like this and stop it,’ Neville said.