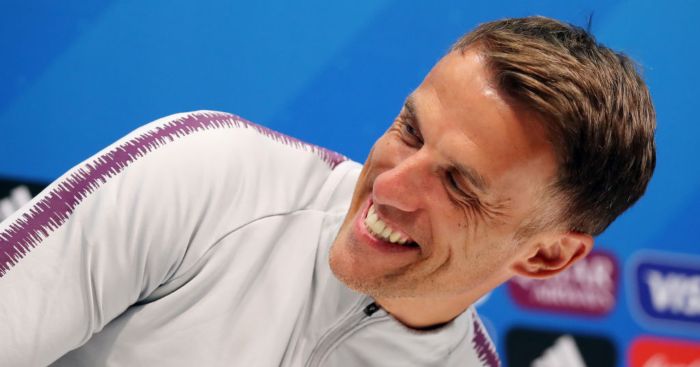 In a post on Twitter on Thursday, outspoken Dutchman Verheijen said the standard of play at the tournament in France was “shocking” and that teams being coached by “clueless left overs from the men’s game” was among the reasons.

Verheijen said: “So far, it would have been better if the World Cup had been played behind closed curtains. The level of play is shocking. Like watching grass grow.

“One of the reasons is that most teams are coached by clueless left overs from the men’s game rather than by the best female coaches.”

England boss Neville was asked about those comments at his press conference ahead of Friday’s Group D clash with Argentina in Le Havre.

And he said: “He’s had a go at (Sir Alex) Ferguson, (Arsene) Wenger, (Mauricio) Pochettino, (Jurgen) Klopp. Every top manager in the world, he’s had a go at.”

“That probably is aimed at me,” Neville continued, “because when I was at Man United (on the coaching staff), he used to have a go at David Moyes. He has a go at everyone.

“He is a keyboard warrior. He sits and talks a fantastic game, but I never see him working in top-level football. That is why he can’t get employed.

“We can all talk a good game. Raymond – go out there and get a job. Go win a Champions League, go and win a Premier League. That’s what Wenger does, the people he is having a go at.”

He added: “It’s why he has an egg next to his name on Twitter.”

This just in: Phil Neville is the greatest person alive.