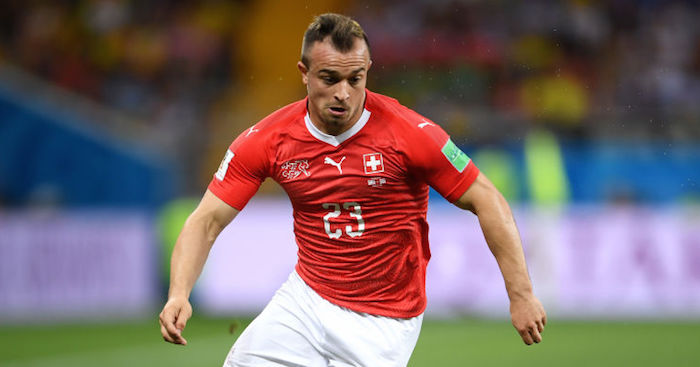 Gary Neville did not hold back on his criticism of reported Liverpool target Xherdan Shaqiri ahead of Switzerland’s World Cup opener against Brazil.

Shaqiri started for Vladimir Ptkovic’s side in their opening World Cup group E game against Brazil on Sunday evening.

The midfielder has made it clear he wishes to leave Stoke City following their relegation to the Championship, with Liverpool reportedly interested.

“I’m not a fan of Shaqiri to be honest with you,” he said ahead on ITV.

“I think that was to be fair made worse by the fact that he distanced himself from his team-mates as Stoke.

“They were unprofessional last season Stoke there’s no doubt and he epitomises it.

“He could score the goal of the tournament and he could have the most amazing game tonight (against Brazil).

“But he could also be there for three matches, do nothing and just amble and waddle around.