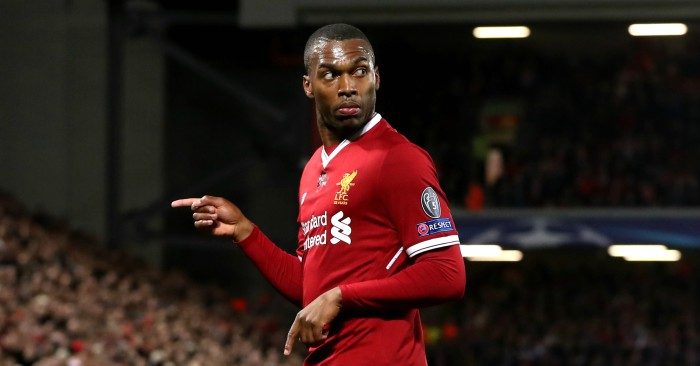 Gary Neville believes Liverpool were “crazy” to leave themselves short by allowing Daniel Sturridge to depart.

Sturridge joined West Brom on loan this week before the transfer deadline, following Philippe Coutinho out of the Anfield door.

The attacking pair’s exits leaves Jurgen Klopp with only Danny Ings and Diminc Solanke as back-up should any of his first-choice attackers be sidelined.

Ings has played only 28 minutes in the Premier League this season following a long-term injury while Solanke is still looking for his first goal after 19 appearances in Klopp’s first team since joining from Chelsea in the summer.

Neville is surprised Klopp is willing to leave himself short of top-class cover.

“I’m looking at that list of ins and outs and it’s gone under the radar,” Neville said on The Debate on Sky Sports.

“And I look at Sturridge. People are saying ‘Sturridge isn’t playing anymore, it’s not a big loss’.

“Firmino gets injured for two months. Liverpool are in the Champions League and are trying to get into the top four… Danny Ings and Solanke.

“Were they wise to let him go? It just seemed a crazy one for me for a massive risk.”