Home All The News Neville, Carra: This is how United should use Pogba 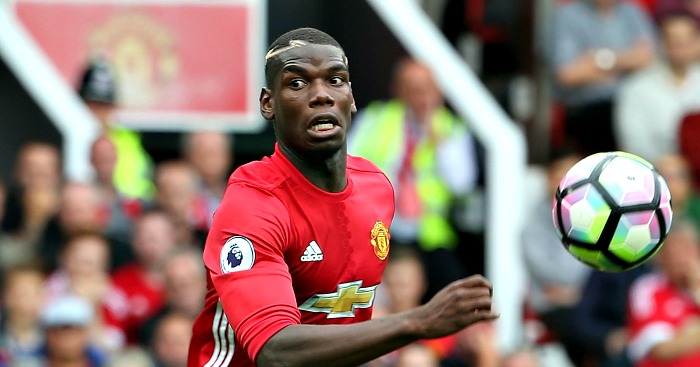 Jamie Carragher and Phil Neville have identified how they believe Manchester United should use Paul Pogba.

Pogba struggled in the Manchester derby on Saturday as United slipped to a 2-1 defeat against bitter rivals Manchester City.

The Frenchman was largely anonymous for much of the game, as David Silva, Fernandinho and Fernando dominated the midfield battle for the visitors at Old Trafford.

Carragher criticised the 23-year-old’s “undisciplined” performance, but he believes United should build the team around him.

“I wouldn’t say you would ever build a team around one man, but if you’ve spent that much money, I think if you are picking your team, you say, ‘Where are we getting the best out of him?’ Then others can work around that,” he told Monday Night Football.

“I think that’s where he played for Juventus, either in a diamond, tucked in on the left, or in a 3-5-2 – like when he had Andrea Pirlo and Claudio Marchisio giving him that freedom, because defensively he is poor.”

Neville added: “I think in certain games when you expect Manchester United to play, you will still see them play with two in midfield and Pogba will be one of the two.

“But after what we saw at the weekend, I think particularly in Europe and in the big Premier League games, Pogba has to play with the freedom to go and cause problems.”