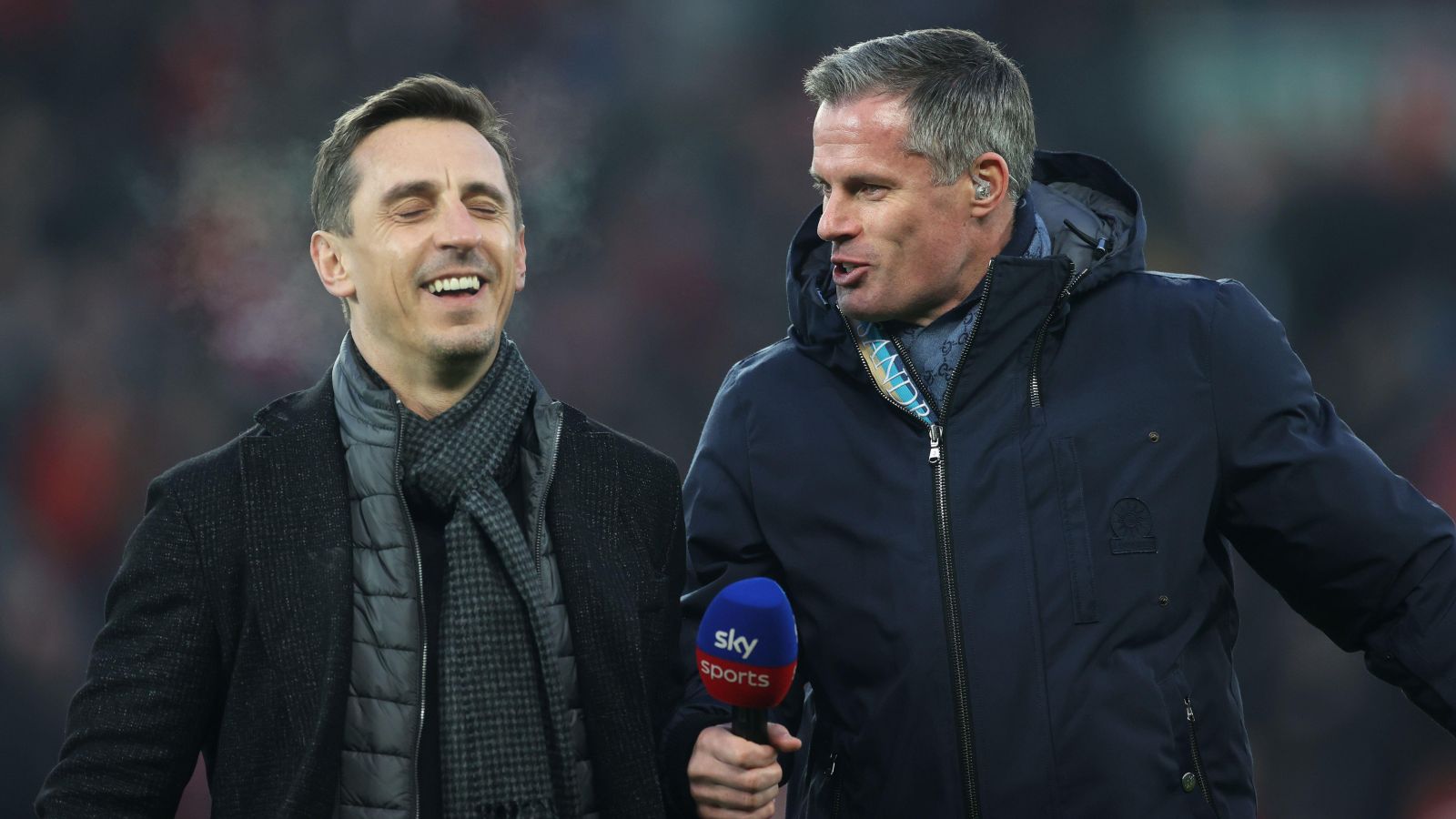 Gary Neville and Jamie Carragher agreed on seven out of 11 players in their Premier League teams of the season on Monday night.

Three of their four main differences came when picking their backline with Neville picking Kyle Walker and Andy Robertson as his full-backs and Ruben Dias as his other centre-back.

While Carragher went for Trent Alexander-Arnold, Joel Matip and Joao Cancelo as he put the finishing touches to his back four.

Rice was also selected as the best young player, as they selected winners of their Monday Night Football awards, and Neville said: “He is the player that all the top English clubs want.”

One award they did disagree on was the best new player with Carragher opting for Tottenham centre-back Cristian Romero and Neville plumping for Liverpool winger Luis Diaz.

“When Mo Salah does leave, as a Liverpool fan you are almost not going to be as sad as you have a ready-made replacement,” Neville said on Diaz.

Who’s team of the season is better? 🤨 pic.twitter.com/fPOd593UHQ

The duo picked their awards after watching Arsenal lose 2-0 to Newcastle United at St James’ Park with Mikel Arteta’s side now relying on Norwich City beating Tottenham at the weekend to keep their hopes of Champions League qualification alive.

On Arsenal’s chances of beating Tottenham to fourth on the last day, Carragher said: “Spurs aren’t losing from that position, they’ll know right now, the players sat on the pitch, the scenes, the fans in the away end, there isn’t anybody in world football who believes Arsenal will have Champions League football next season, absolutely no chance.”

Neville backed up his colleague by adding: “They (Spurs) need a point. They’ve (Arsenal) not recovered from Thursday night [losing to Tottenham] and it’ll be a struggle for them to recover from tonight for Sunday. Either Everton will be free or safe or Everton will be desperate. Arsenal, it is a problem a real problem.”