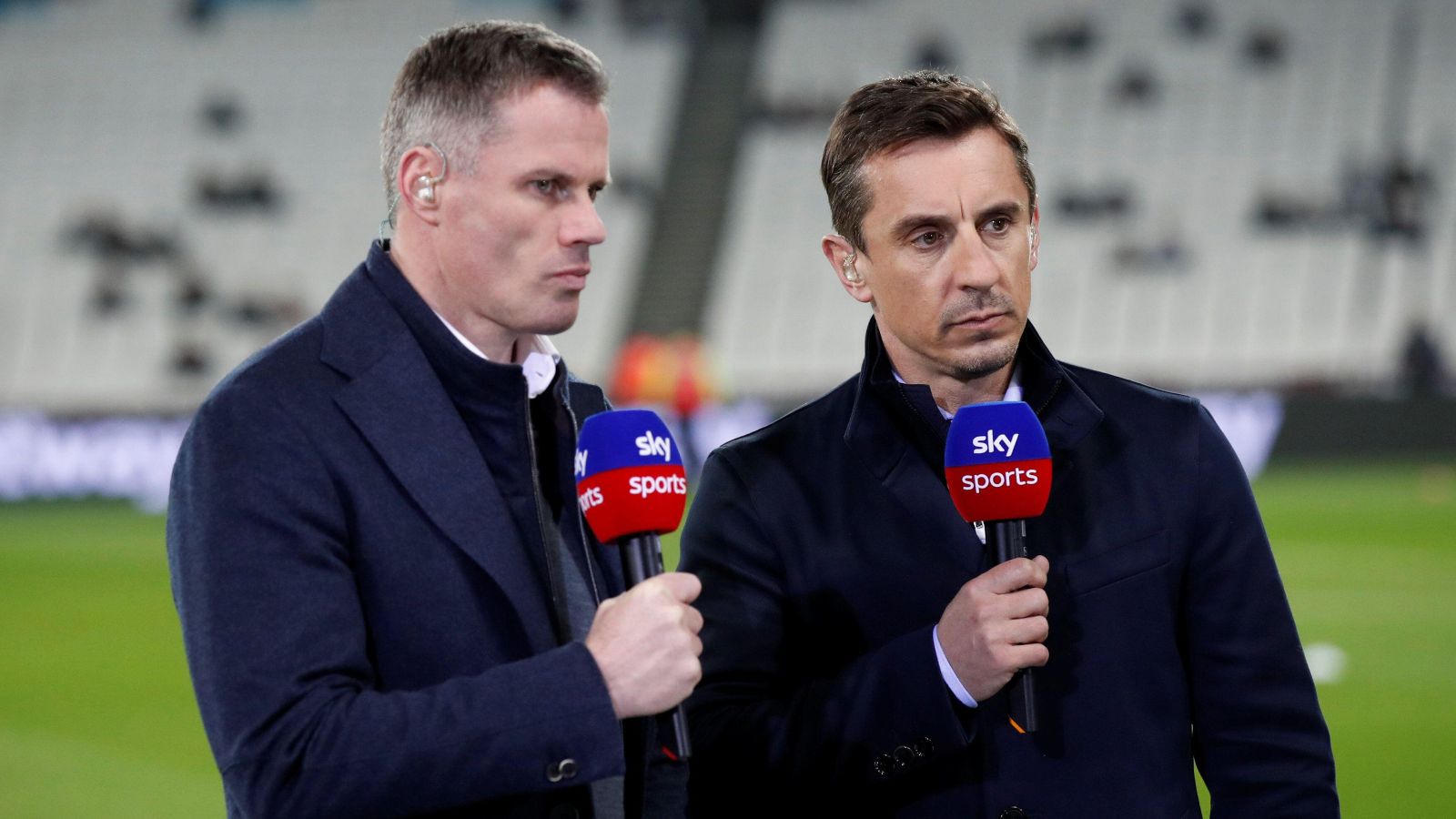 Jamie Carragher is still not convinced by centre-back Lisandro Martinez and claims Gary Neville is getting “carried away” by the new signing’s form in Manchester United’s winning streak.

Martinez joined the Red Devils from Ajax for £55m this summer and was criticised for his displays against Brighton and Brentford before earning widespread acclaim for the way he’s bounced back in United’s four consecutive victories.

MAILBOX: Ole Mark II? Manchester United are so much better under Erik Ten Hag with Eriksen and co

That upturn in form has coincided with Harry Maguire being replaced by Raphael Varane to play with Martinez in the heart of defence.

Carragher said after the 2-1 defeat to Brighton he was “convinced this can’t work because the size of him playing in a back four” and hasn’t changed his tune.

Speaking on The Overlap, Gary Neville asked Carragher: ‘Have you changed your mind on Martinez, by the way?’

Pressed by Neville as to why Martinez couldn’t thrive, Carragher suggested his colleague was getting “carried away” with the former Ajax defender’s form.

“We’ll see,” Carragher added. “We’ve had four games [of Martinez being in form]. You’re getting carried away. If Odegaard scores the opening goal then you’ll be saying he made a mistake. But for a defender to be 5ft 9” and play, never mind in the Premier League, at any level of football, he’s got to be a good player. Because that is not normal.

“His passing is very good, he looks aggressive. He looks like a leader. He’s not a bad player, but to play at that level of football at 5ft 9″ – I wouldn’t want to play alongside someone who was 5ft 9″ as a centre back.”

Carragher then used Bobby Moore and Franco Baresi as small centre-backs who had to be near perfect at other aspects of the game to “compensate” for a lack of height.

“I didn’t see Bobby Moore play but Baresi was lightening quick, amazing on the ball, he organised the whole defence and he was still 5ft 9″, 5ft 10”.

“So for Martinez to play at this level, he’s obviously a good player. He has to be, because of his height. But at times, that will cost him. But if he is nine out of ten at everything else, it will compensate for being 5ft 9”. Because at times, if you are that height, you will get exposed as we saw in the first two games.

“I wasn’t the biggest centre back and I found it more difficult playing against a Kevin Davies, Bobby Zamora, Carlton Cole, rather than playing against a United or Chelsea or City. Because those games were more about reading the game.”