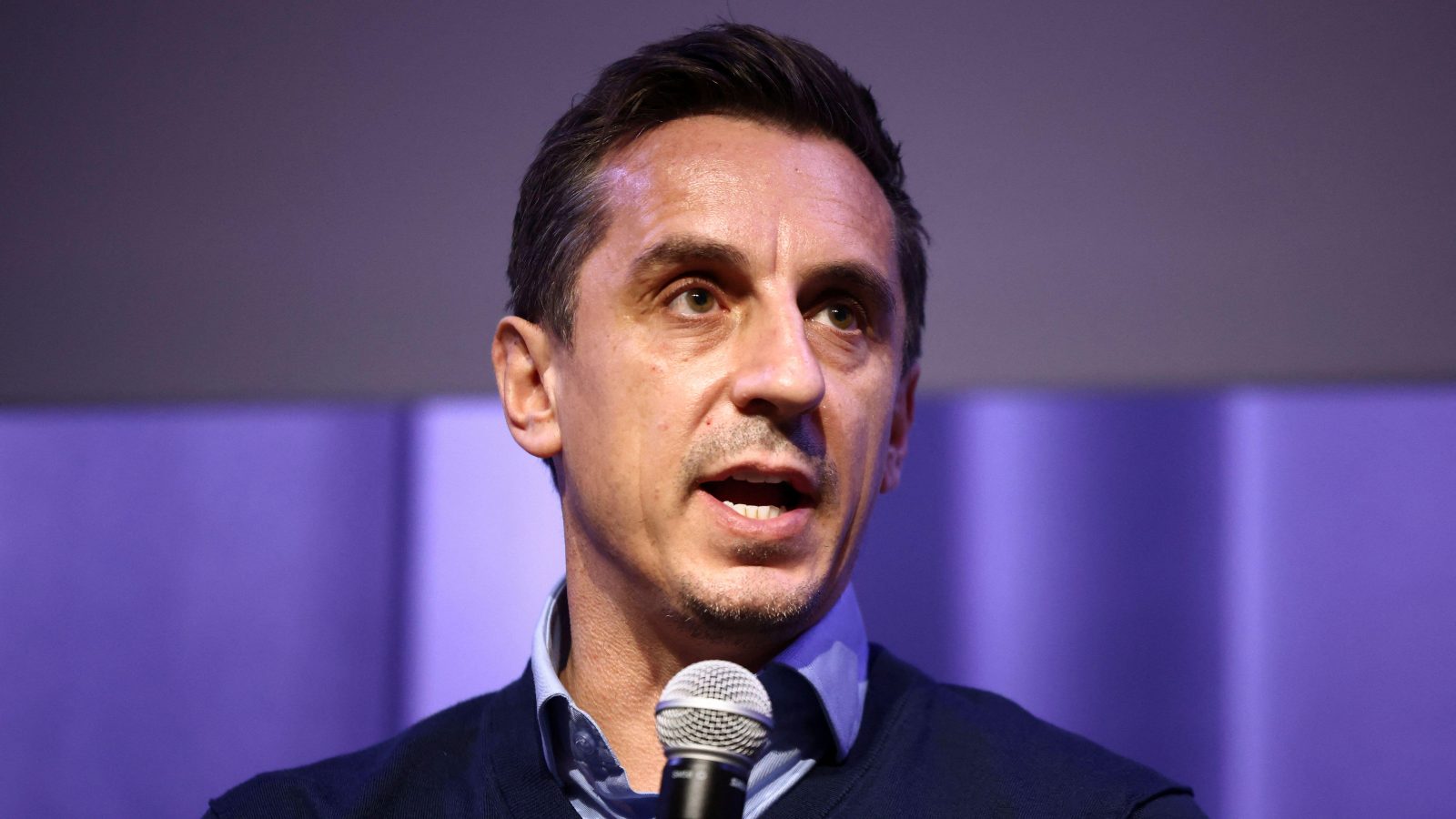 Gary Neville claims that Man Utd “could never sell” Marcus Rashford with the England international showing at the World Cup what “a massive talent” he is.

Rashford struggled to get anywhere near top form last season as the Red Devils struggled to sixth place in the Premier League under Ole Gunnar Solskjaer and then interim boss Ralf Rangnick.

It was a difficult season for most of the Man Utd squad but Rashford received more criticism than some over his continued campaign to end child food poverty.

Rashford was told by some supporters and media that he would be better off focusing on football rather than his extra-curricular passions.

But Rashford has bounced back for Man Utd this season and he’s carried on his form at the World Cup for England, scoring a brace as the Three Lions beat Wales 3-0 on Tuesday night.

Neville told Sky Sports: “He’s been like that for a good six months at Manchester United now. He’s back on it.

“That period of his life through lockdown when he achieved so much off the pitch, it’s hard to focus on football.

“I think he’s simplified his life, he’s still achieving great things off the pitch but in a more measured manner, it doesn’t seem as full-on, and on the pitch, we’re now starting to see him.

“He’s a massive talent, he can improve and he will continue to improve and it’s great to see him in an England shirt.”

“I was worried a little bit in the first half when he missed that chance and I wondered whether that would play on his mind,” Neville said.

“But I was delighted he got the two goals in the second half and I think he’s actually pushed himself into a position whereby he’s the one I think will start on Sunday, he’s the one guaranteed to start in that wide position with Kane in the middle.

“It’s that other side where I’m not sure.”

There was a massive clamour for Foden to start against Wales after England produced a flat performance in a 0-0 draw against the USA last week.

And Neville thought the Manchester City midfielder did well, the former Man Utd defender added: “I thought he did really well because there was pressure on him, there was massive focus from everyone on him.

“I would keep those two in, but I love Sterling, I love Saka as well so I couldn’t really complain if any of them were in.

“Sterling has been a brilliant performer for Gareth so it’s really difficult to see, we could see two out of those three with one in behind.

“I thought Rashford and Foden were the two outstanding players [vs Wales] that looked most dangerous.”