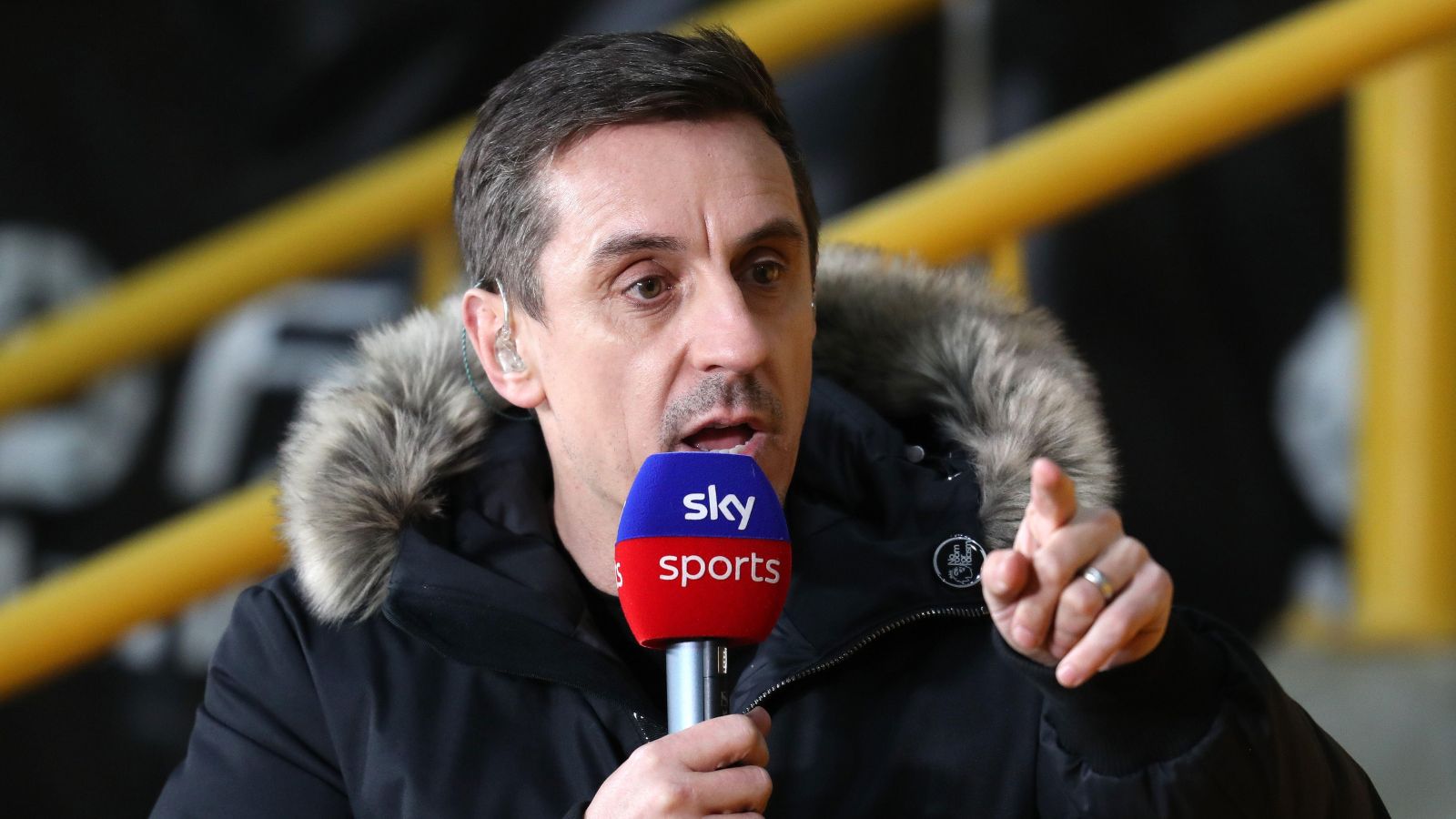 Ajax boss Ten Hag has impressed in interviews about becoming the new permanent manager at Old Trafford at the end of the season and widespread reports have the Dutchman as heavy favourite to take over.

However, there have been rumours that Ten Hag is still deciding whether to accept the offer from Man Utd as he wants a number of assurances.

And Neville reckons Van de Beek – who is currently on loan at Everton – and interim boss Rangnick could be spilling the beans to Ten Hag on working at Man Utd is really like.

Neville said on his Sky Sports podcast: “I read this morning that Erik ten Hag wants all these demands met or else he won’t come to the club. You imagine [what will happen] if in the next week or 10 days they can’t get Ten Hag over the line because of what’s happening at the club and how bad the club is and the state that the club is in.

“You look at what Manchester United are doing to players currently, there isn’t a player that has grown really. Look at what they did to Van de Beek, and if you’re Ten Hag I think you’re on the phone to Van de Beek and you’re asking, ‘What’s it like there Donny?’ He isn’t going to be saying anything good, is he?

“So I suspect that Ten Hag’s demands – not financial demands but control, recruitment, structure, youth – are about not being exposed to what other managers have been exposed to in this last 10 years.

“And that may be too much for Manchester United, and I suspect they’ve got maybe a difficult week or two. I still think they may get it over the line, but the reports this morning were such that Erik ten Hag’s demands are maybe going above and beyond [what United will accept].”

Neville added: “It all feels like it’s eggs in one basket with Ten Hag, but if they can’t get him over the line, what a position for Manchester United to be in if they can’t get a manager to come in that wants to come in because of his demands about the way the football club is run.

“They’ll be saying, ‘Be very careful, be very careful about going to Manchester United’ because it can be a graveyard at this moment in time for reputations.

“Ralf Rangnick came in with an incredible reputation, and he still has that reputation, but he’s now starting to be wounded by what’s happening around him and he looks weaker and more vulnerable on the touchline because of the performances of the players on the pitch that are nothing to do with him.

“And I have to say that Ole Gunnar Solskjaer is a good man, those players liked him, and they turned him over! So it’s a really difficult position for the club to be at, I feel at this moment like most Manchester United fans that I don’t know where to turn next or what’s going to happen.”