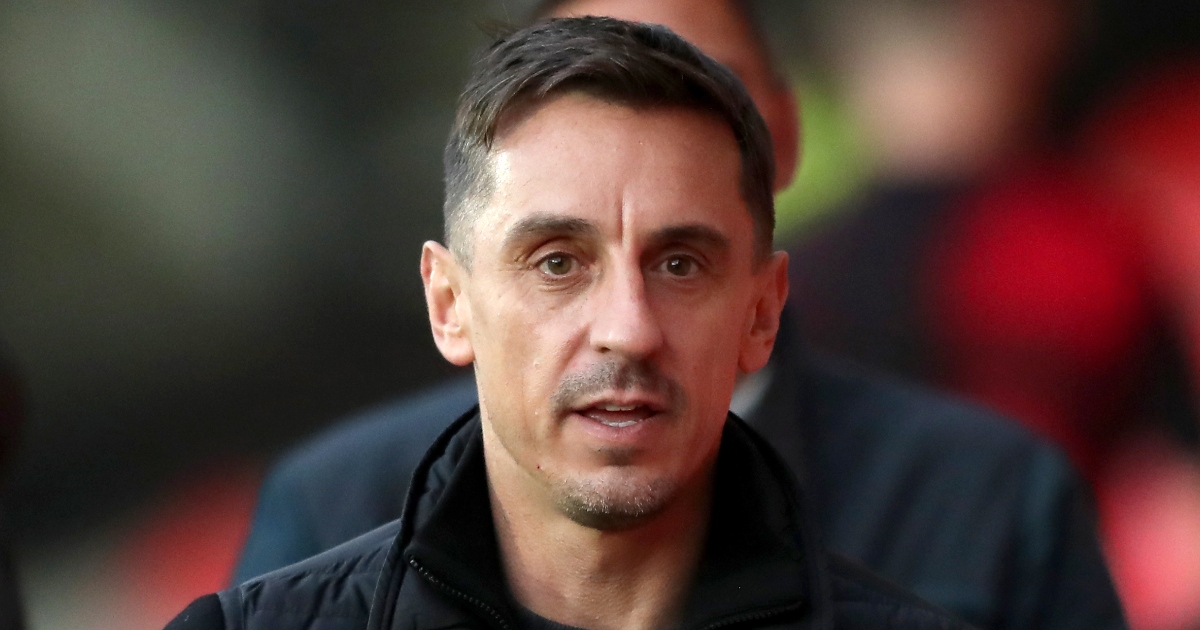 Manchester United legend Gary Neville says his former club should choose Jude Bellingham over Declan Rice if given the opportunity to sign either player.

Rice has been regularly linked with a move to the Red Devils, but it is unclear if the Premier League giants will make a move for the West Ham midfielder.

As has Bellingham, who currently plays for Borussia Dortmund. The 18-year-old is unlikely to spend too long in Germany – but it is unclear where his next destination will be.

Nuno next? Every Manager of the Month to sacked in same season

United tried to sign Bellingham when he was 16 years old, but he ultimately chose a move to Dortmund – who have an excellent reputation for developing young players through first-team football.

However, a Sun source said: “The ground work they [Man Utd] put in has made a lasting impression on Jude and his family.

“His memories from that day and the interactions he had with the club are extremely fond ones. United did everything right so maybe in the future that will work in their favour.”

In Rice’s case, it was reported last week that United are likely to pursue other options in the summer transfer window after doubts emerged over the England man.

Perhaps Bellingham will be the route the Old Trafford club go down; which is something Neville would favour.

When asked during a Q&A on Twitter, the former right-back was asked who he would prefer out of the two England players, choosing the teenager.

During his tweeting session, Neville said he wants Premier League footballers to “sack” the “PR people” in control of their social media after United man Bruno Fernandes apologised for missing a penalty.

The Portugal international missed a spot-kick in stoppage time at the end of the second half against Aston Villa on Saturday as he blew a chance to snatch a point.

Fernandes was given the chance to level proceedings at Old Trafford just moments after Kortney Hause had put Villa into an 88th-minute lead.

On the Q&A, Neville wrote: “It’s embarrassing! They need to sack their PR people, speak with some authenticity and get on with it. I’m going to go big on this in the next few weeks. They’ve all got these comms managers, that are creating personalities that don’t exist!”