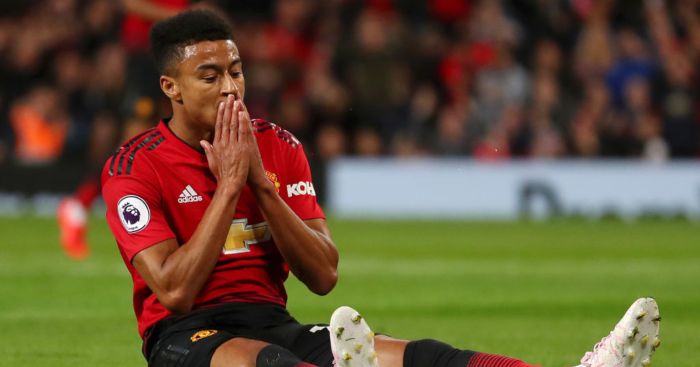 Gary Neville has defended Jesse Lingard despite the Manchester United midfielder “looking a bit of a prat” on social media.

Lingard attracted criticism for posting a Snapchat video on holiday, giving a tour of the hotel he and his friends were staying at while swearing and shouting.

Ally McCoist and Ian Holloway slammed the 26-year-old for his antics, with one of his friends simulating sex with a pillow.

Ole Gunnar Solskjaer was reportedly ‘furious’ with Lingard, but Neville has put the situation into perspective.

“Jesse Lingard doesn’t drink a lot. Twenty years ago, somebody going on a holiday would have been ‘bladdered’ for four weeks. What’s worse – a social media post where somebody’s having a bit of a joke or getting bladdered for four weeks?” he told a Soccer Science conference.

“You’d rather have your player being sober, probably training all day and having a joke with his mates.

“This is absolutely a lesser evil than we had 20 years ago when players would go off for five or six weeks and come back overweight, saying ‘pre-season’s for getting fit’.

“The idea of a guy going on social media, looking a bit of a prat while not winning football matches and not playing that well is a really bad cocktail.

“But then again, on the other side, he’s giving his all, he’s a young lad and social media is the modern form of media, so get over it.”