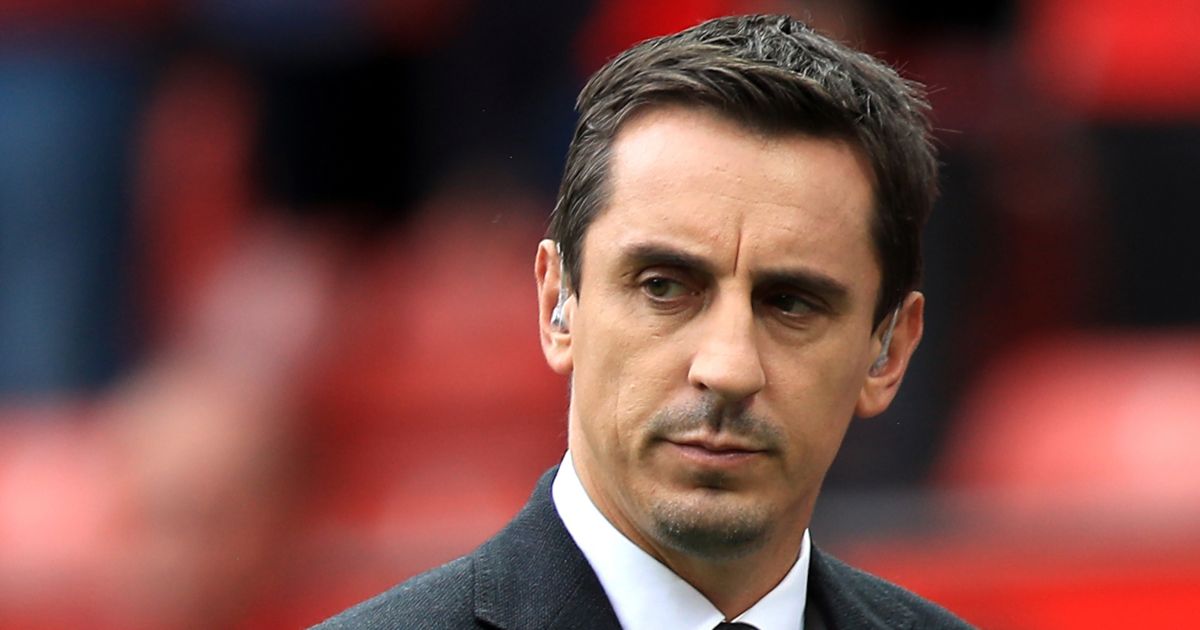 Gary Neville has leapt to the defence of Jadon Sancho with the Man Utd winger a “victim of the current performances of the team”.

Sancho is yet to provide a goal or an assist in his first ten matches in all competitions for the Red Devils since making a £73m summer move from Borussia Dortmund.

He grabbed two assists for England against Andorra during the international break but he couldn’t replicate that form on Saturday when Man Utd lost 4-2 to Leicester City in the Premier League.

“Sancho at this moment, he’s a victim of the current performances of the team,” Neville said on Instagram.

“You’d like a player like that to come into a settled unit and he’s just still finding his feet. I did think he played well in the last 20 minutes against Everton a couple of weeks ago.

“But he shouldn’t be the focus point of any criticism at this moment in time. Yes, of course you’re going to get criticism as a United player signed for that level of money but again that would be a distraction.

“I think they have to get the balance of the team right. Sancho, Fernandes, Pogba, Ronaldo and Greenwood all in the same team, you’re going to have to get three or four of them to work like they’ve never worked before if that team is going to win against good teams because it doesn’t work hard enough out of possession.”

Neville’s comments come after journalist Duncan Castles claimed on The Transfer Window Podcast (via The Metro) that Sancho’s Man Utd team-mates have been privately questioning his performances.

It is said that there are growing concerns that Sancho is failing to adapt at the club from within Man Utd with his team-mates shocked at how ineffective he’s been.

There are now ‘major question marks’ over his huge summe transfer with coaches at Old Trafford far from impressed with his performances and attitude in training.