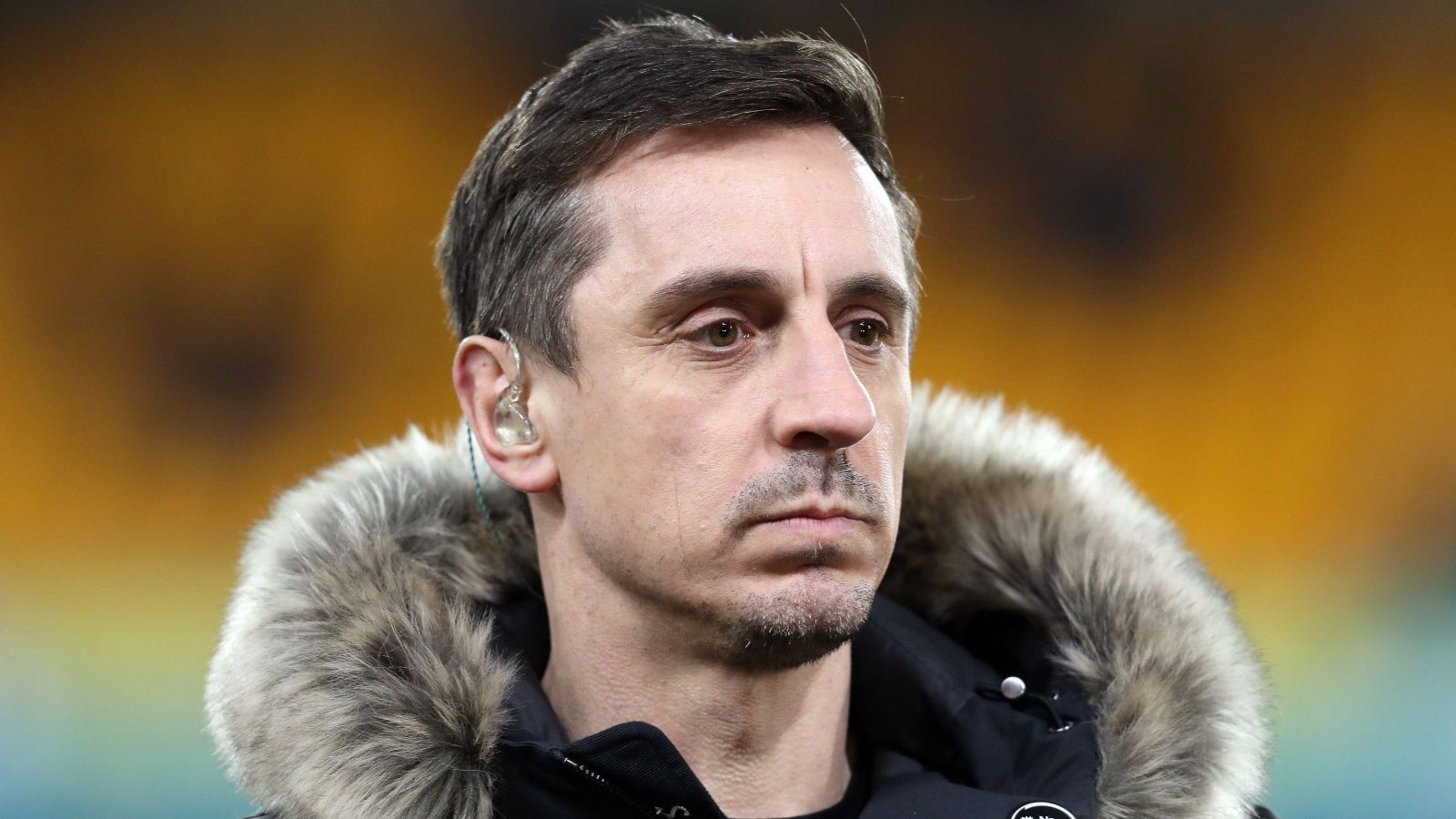 Gary Neville has hit out at Jesse Lingard for the “nonsense” surrounding his lack of a Man Utd farewell at Old Trafford last week.

Reports claimed last week that Lingard was ‘dismayed’ at interim boss Ralf Rangnick for deciding to leave him on the bench in their 3-0 victory over Brentford on May 2.

With Lingard set to leave Man Utd on a free transfer in the summer, the Brentford match could be his last opportunity to play on home soil as a Red Devils player.

His brother took to social media after the match to hit out at “classless” Man Utd for not giving Lingard a send-off despite not playing a big part in recent seasons.

And Neville has questioned why Lingard thinks he is deserving of a proper farewell despite club legends like Steve Bruce and Bryan Robson not getting a send-off during their time at Old Trafford.

Speaking on his Sky Sports podcast, Neville said: “The more I think about it, Ronaldo stays. I think the worse it gets the more he stays to not look like he’s running away.

“Ten Hag has got a massive job to do. A lot of them will leave, just naturally their contracts are up, it’s the other ones that ultimately… well you can’t just kick players out of the club.

“The nonsense this week over Jesse Lingard. Jesse’s been at the club a long time, he’s done a good job for the club, but I saw Bryan Robson and Steve Bruce not play in their last games for the club and not get a send-off in Cup finals.

“I was basically thrown away at West Brom in a toilet! At the end of the day, sometimes it just doesn’t work out Jesse! This idea that they feel they’ve got a God-given right to get some minutes on the pitch, the way they’ve played, all of them.

“De Gea and Ronaldo I think have held their own this season, they’ve performed well, but not one of them other than that can have any complaints about whatever happens to them this summer. They really can’t. It’s been a really shocking two or three months, I can’t wait for the season to be over, I can’t wait to stop talking about them.

On the Man Utd team’s performances this season, Neville continued: “With every minute they play football for that club they’re just damaging themselves to a point whereby fans won’t forget. Fans last night were singing, “You’re not fit to wear the shirt.” I’ve never, ever, ever, heard Man United fans resort to that chant.

“That’s the sort of chant you heard at QPR a few years ago, or Sunderland a couple of times where they were walking out if you remember. I’ve never in my time known the fanbase to turn on a team like this one, but it’s now really clear that they’ve thrown the towel in.

“It’s been a disgrace for a couple of months. I mean, they’re still not that many points off fourth place and I said a couple of months ago on this podcast that I felt Manchester United, if they got their act together [they could get fourth]. What’s their record now? They’ve won three in 13? That’s an absolute disgrace. It’s absolutely embarrassing, the players in that dressing room and the cost of that dressing room.”