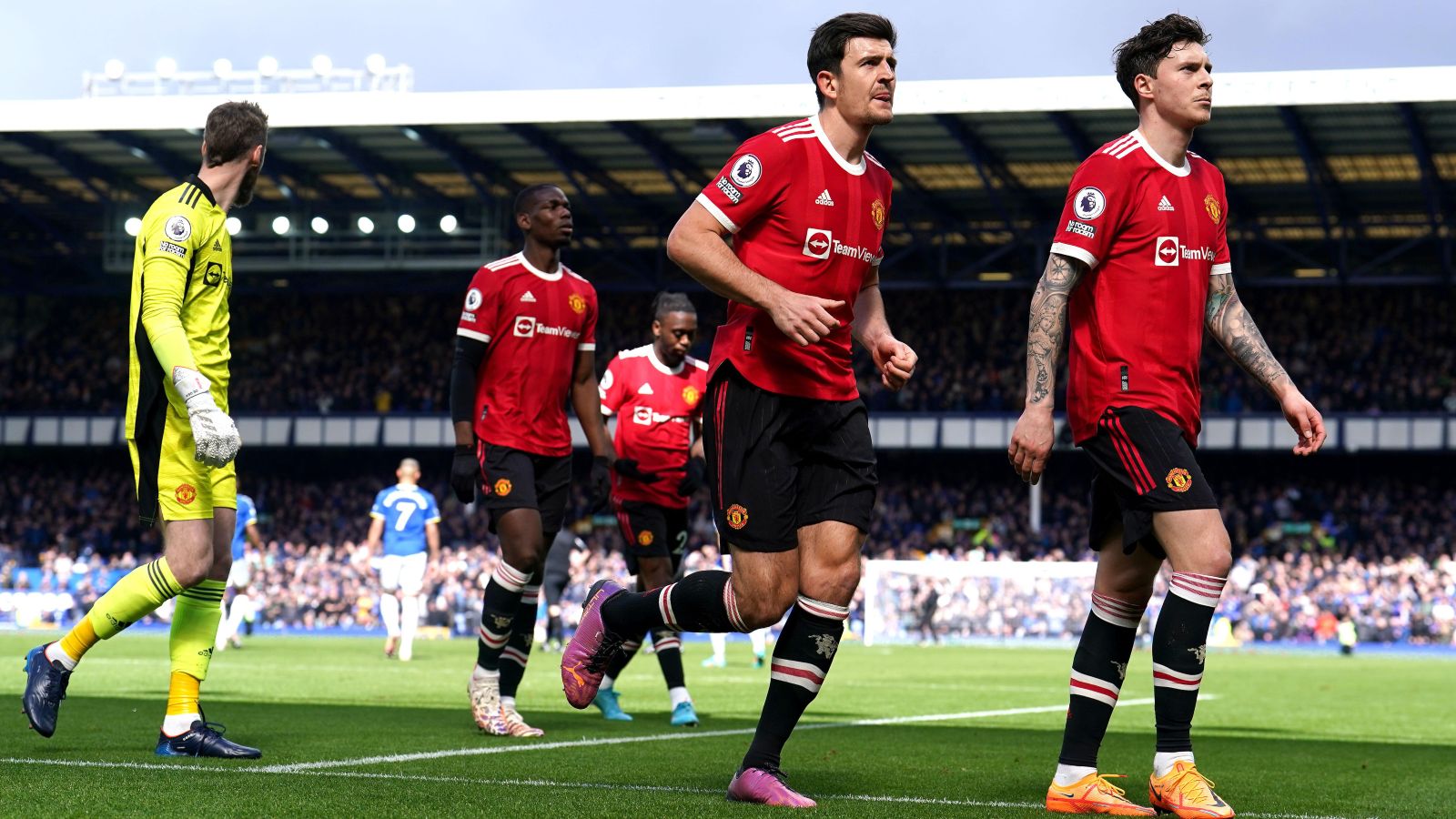 Gary Neville has accused Man Utd players of having “over-inflated egos” and reckons none of them would get into the current Liverpool or Man City sides.

The Red Devils suffered another blow to their chances of qualifying for the Champions League next season after they lost 1-0 to out-of-form Everton at Goodison Park on Saturday.

Defeat against the Toffees means Man Utd are now six points behind fourth-placed Tottenham in the Premier League table with seven matches to go.

To make matters worse, their last seven games of the season look extremely tricky to navigate, with Liverpool, Arsenal, Brighton and Crystal Palace to play away and Norwich, Brentford and Chelsea to face at Old Trafford.

After watching Man City and Liverpool put on an amazing spectacle on Sunday, Neville tore into Man Utd after the weekend’s results.

And Neville now thinks Rangnick’s reputation is now taking a hit with the Man Utd interim boss looking ‘weaker and vulnerable on the touchline’ in recent weeks.

Neville added: “Ralf Rangnick came with an incredible reputation but he’s now starting to be wounded by what’s happening around him and he looks weaker and vulnerable on the touchline due to the performances of players on the pitch, who have nothing to do with him.

“Ole Gunnar Solskjaer is a good man, the players liked him and yet they turned him over. It’s a real difficult position for the club to be at.

“I feel like most Manchester United fans at this moment in time in that I don’t know where to turn next or what’s going to happen.

“I’m living on the feeling that the club one day will return. The club will rise again but this is getting low, real low. But it will come back, and you look forward to that day.

“I do believe players want to do well, but what they are showing at this moment in time is nowhere near good enough.”