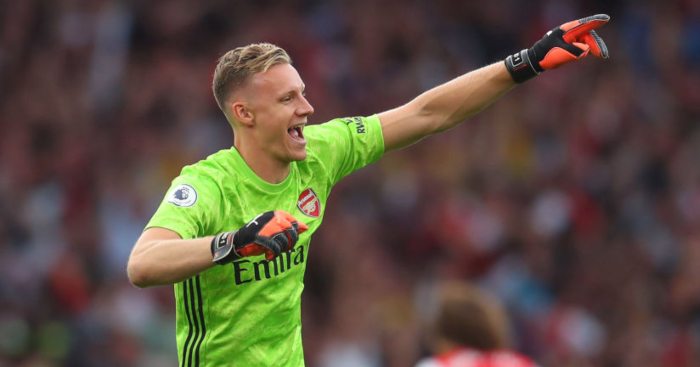 Gary Neville doesn’t think Bernd Leno is “anywhere near the class of the other top goalkeepers” in the Premier League after Arsenal’s 2-2 draw against Tottenham on Sunday in the north London derby.

The German keeper was at fault for the opening goal of the match when he could only push Erik Lamela’s shot into the feet of Eriksen, who tapped home from point-blank range.

Harry Kane added another before half-time from the penalty spot before Arsenal staged a second-half comeback thanks to goals from Alexandre Lacazette and Pierre-Emerick Aubameyang.

“Today you talk about the threat, the intensity, good parts of the game, you still have to mention the fact that they look sloppy and rash at the back,” Neville told the Gary Neville Podcast after the match.

“We talked about the goalkeeper’s mistake, I don’t quite trust him, I don’t think he’s anywhere near the class of the other top goalkeepers we have in the league.

“But you still fear that that back four will always still not be good enough for where Arsenal want to be, and they somehow from somewhere need to unearth a centre-back that’s going to hold that back-line together.

“So I think there’s still the fear for Arsenal that they look like they’re all over the place at the back when they have good players against them.