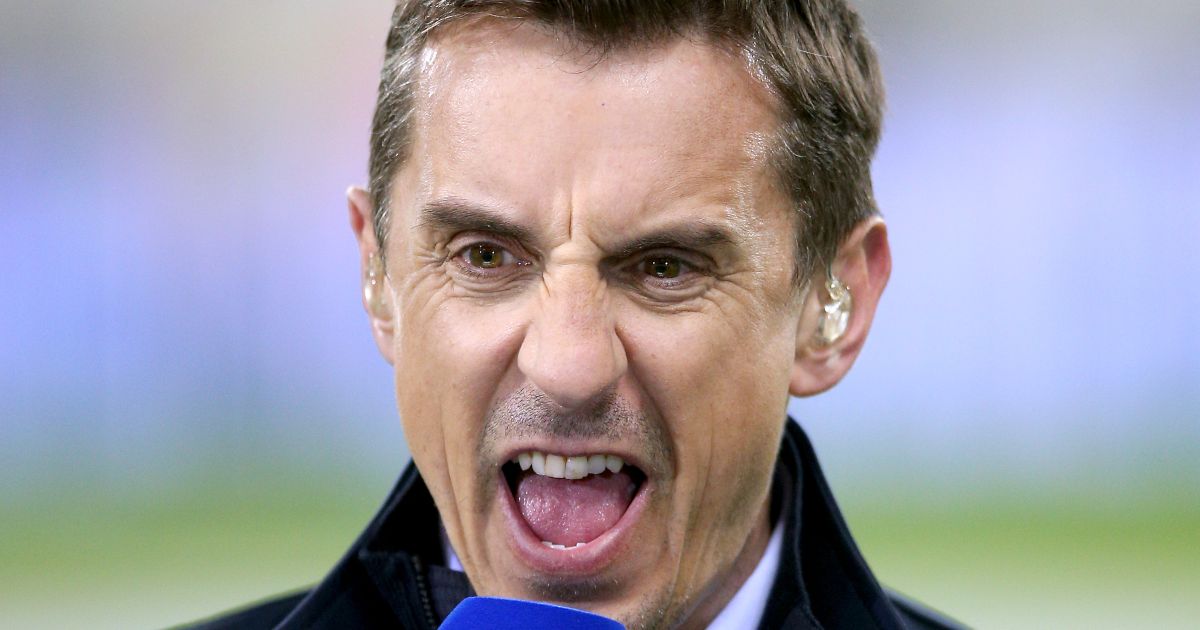 The only way it seems likely that Kane would miss a match is if Gareth Southgate looks to manage load, should qualification from the group be wrapped up early, or through injury.

It had looked like the skipper had been injured colliding with the goalframe when stretching to reach a cross in Three Lions’ opening match but Kane will be fit for their next game against Scotland.

Calvert-Lewin came on for a very brief cameo in injury time against Croatia and Neville thinks Kane will start over the Everton man as long as he stays fit.

“There’s not a chance that he would be subbed in a football match for England in this tournament,” Neville said on ITV. “He’s the best centre forward in the country by a mile.

“I like (Dominic) Calvert-Lewin a lot, I think he offers something off the bench, but there’s no way he would start ahead of Harry.

“His influences on the team, his performances, his goal record… even though he was quiet in that first game, he’s mentally untouchable.

“He will not break a stride after that game and think, ‘oh, I’m in bad form, the press said I didn’t play well’.

“He won’t think about it at all. He’s so sure-footed, he’s solid in his mind. He’s England’s best player by an absolute mile.”

Neville added: “Going into Euro 96, I don’t think Alan Shearer had scored leading up to the tournament. He’s the only striker, English striker, I’d put in the same category as Shearer.

“You just let them get through the patches where they might not score in three or four, trust them completely. They’re great performers and have to play.”

All eyes will be on Wembley when the oldest international rivals in world football go toe-to-toe in a crunch Group D encounter in front of a loud, if restricted, crowd.

England head into the match fresh from Sunday’s 1-0 win against World Cup finalists Croatia, whereas Scotland are reeling from their bruising 2-0 loss to the Czech Republic at Hampden Park.

And Neville thinks the Tartan Army “must keep a clean sheet and hope for one moment” to beat England.

The former Manchester United right-back told Sky Sports: “They have to be defensively tight and play deeper. I don’t think they can go two up front, go for England and put the ball in the box. I’ve very rarely seen teams at Wembley maintain a physical performance for 90 minutes, or 45 minutes, in fact. It’s a very demanding stadium to play in.

“I think the idea that Scotland can bombard England with set pieces is not something that will come to fruition. They just have to defend well, that’s the main thing. They can’t concede like they did against the Czechs; they must keep a clean sheet and hope for one moment in the match.

“Scotland will be awkward for England on Friday. I’ve never played in a game against a home nation where they haven’t been awkward, or haven’t been difficult. They are really well organised and it’s the biggest game for Scotland.”