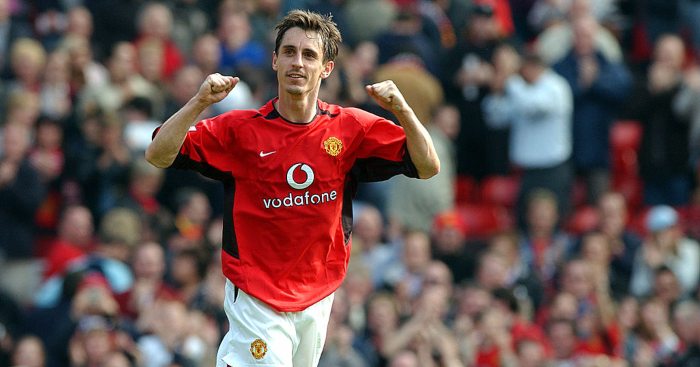 Ex-Manchester United defender Gary Neville claims that he once “grassed on” former Liverpool midfielder Steven Gerrard in an attempt to avoid a Football Association fine.

Neville was fined £10,000 by the FA for his celebration in front of Liverpool supporters in the Old Trafford away end in 2006.

And attempting to defend himself to the FA, Neville brought up Gerrard’s celebration in a Merseyside Derby in 2001, where he sprinted down the touchline cupping his ear to the Toffees fans.

“You know when I went up to the Liverpool fans after the game and I got fined.

“I used your celebration; I sort of grassed on you. I said ‘look he did this and you didn’t fine him’.

Gerrard responded: “It was one of my favourite goals because of where it is and who it was against.

“There was always a bigger satisfaction when you scored against Everton.”