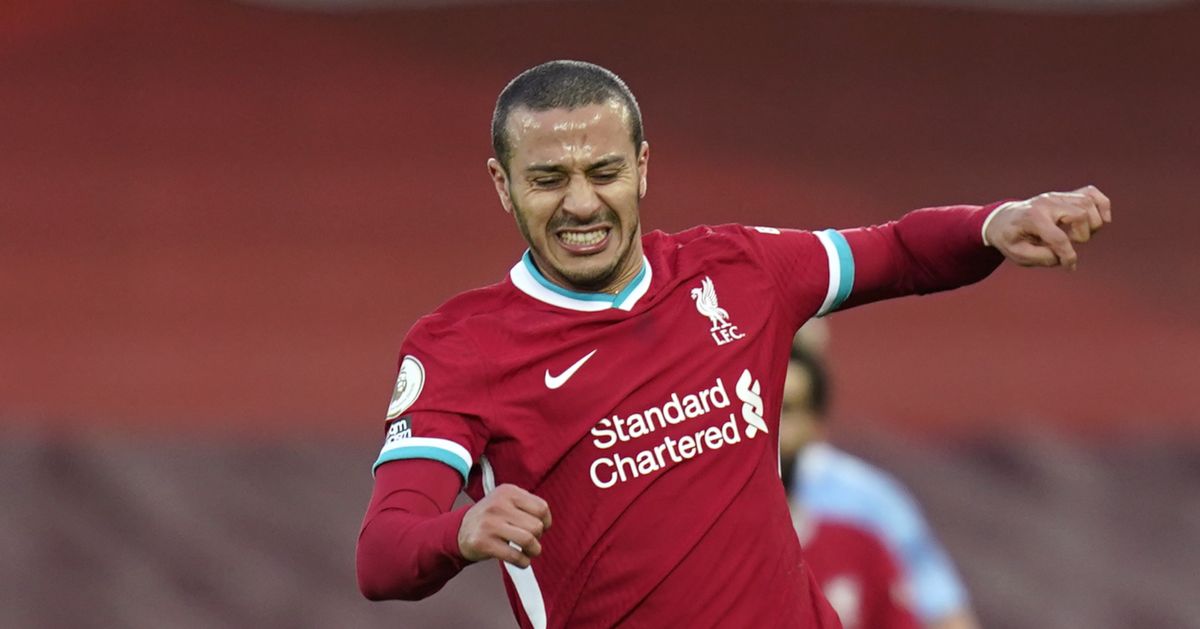 Gary Neville has discussed the problem that Thiago has contributed to at Liverpool.

Liverpool were soundly beaten by Manchester City at the weekend as their Premier League title defence was left in tatters.

The Reds are ten points behind the current leaders having played a game more, with their form at Anfield particularly worrying.

Neville believes that is down to a lack of risk-taking in possession, which Thiago has only added to since joining from Bayern Munich in the summer.

“They are playing extra passes and not being direct with their passing. That will point towards Thiago but it’s not just him, I think generally the players are being safer,” Neville told Sky Sports.

“A number of things can happen all at once, injuries, it being a strange season, and it feels like a perfect storm in terms of what is happening at Liverpool.

“I don’t see it as a massive concern. Some will say that they are ‘one-season wonders’ but that’s not the right time to say these things. Liverpool have been great for three years and they need to reset in the next few months and go again.

“That’s what Man City did last year. City were awful last season [compared] to the standards [they] set themselves, but they’re now coming back into it, they’ve got a new motivated group, they have found something without a centre-forward.”