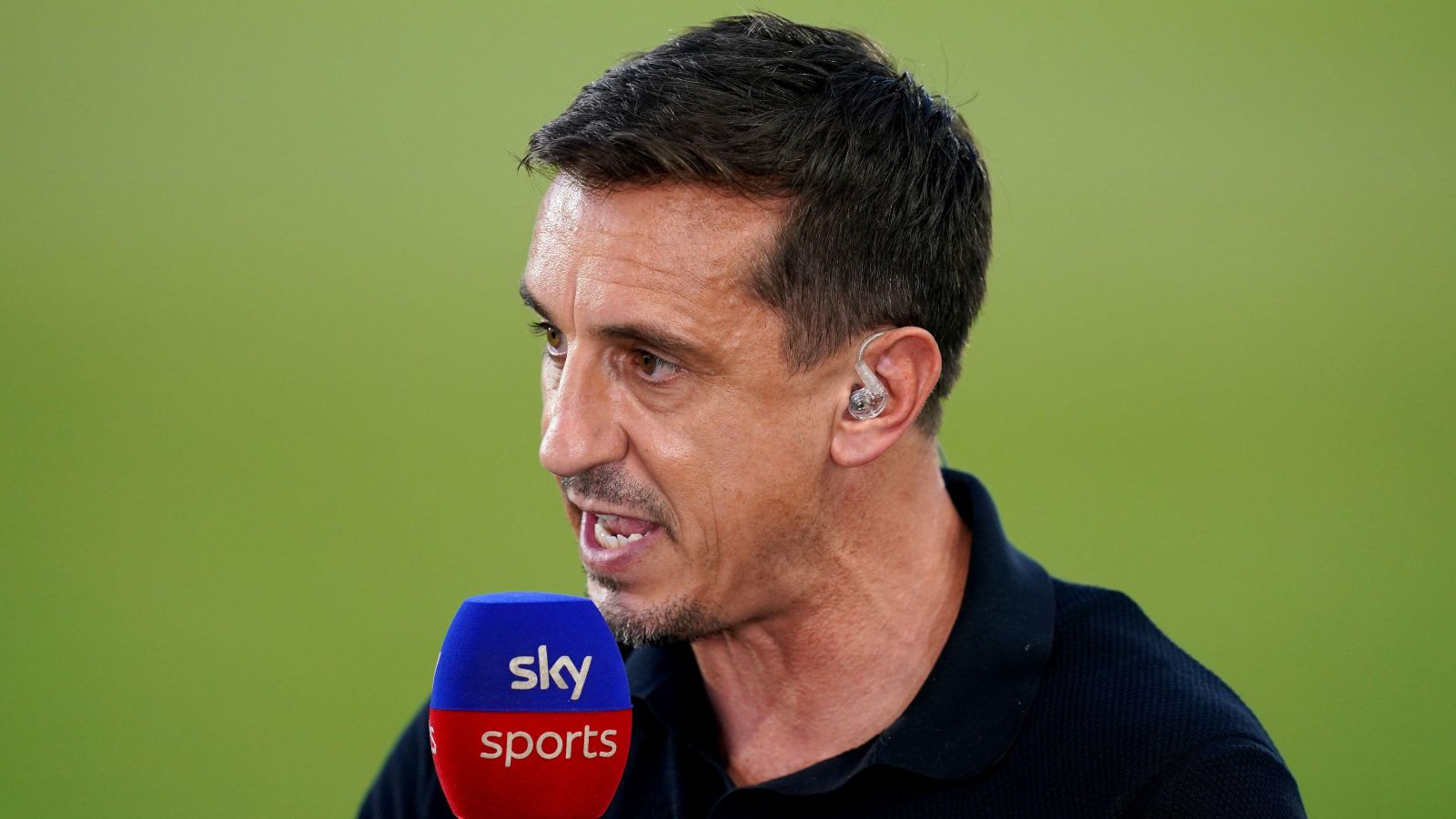 Gary Neville has explained what Erik ten Hag’s priority must be after Manchester United “bottled it” against Manchester City.

Erling Haaland and Phil Foden both scored hat-tricks as Manchester City thrashed United 6-3 at the Etihad.

Ten Hag has been praised in recent weeks for turning things around at Old Trafford after four consecutive Premier League wins, but he’s been criticised for his tactics on Sunday, while Roy Keane predictably laid into the players.

Anthony Martial’s two late goals put a gloss on the scoreline according to Neville, who claims Ten Hag must analyse the way his side were overawed by the occasion.

Speaking about United’s late revival, Neville said: “It’s a consolation, City have made four changes, the game has got a bit open.

“United have scored three goals and obviously got better in the second half but the story of the game is that he’ll [Ten Hag] look at that first half where his team froze and they no doubt bottled it.

“They weren’t anywhere near this game or occasion and that will be the part of the game that he’ll analyse most. To score 3 goals here is some consolation.”

Ten Hag admitted after the game that his side were punished for being “undisciplined”.