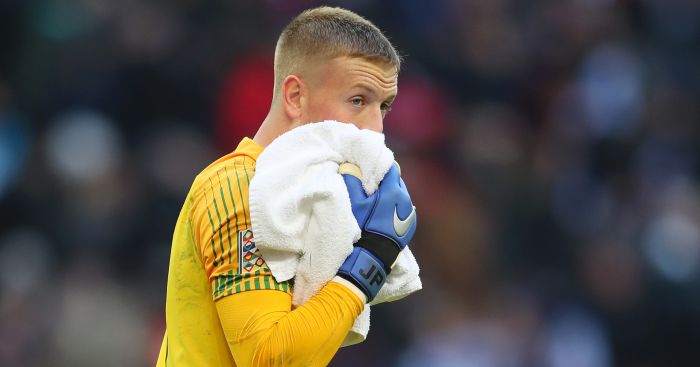 Croatia boss Zlatko Dalic hailed Jordan Pickford as “probably the best goalkeeper in the world with long passes” after their 2-1 loss to England on Sunday.

The Three Lions came from a goal down to beat Croatia thanks to goals from Jesse Lingard and Harry Kane in the last 12 minutes.

The win means Gareth Southgate’s men progress to the Nations League semi-finals despite being only a Croatia equaliser away from relegation.

And Dalic was very complimentary about Pickford after the match as he thinks he gives England another option.

Dalic said: “The first option for England is to play possession ball, but if you press them high, as we saw against Spain, Pickford is probably the best goalkeeper in the world with long passes. It’s a great second option for them.”

However, Gary Neville, who was a pundit for Sky Sports on the day, admits that Pickford is “not his idea of what a goalkeeper should be.”

“I thought he (Pickford) was a risk before the World Cup,” Neville said. “It was one of the points I was most nervous about.

“I actually think international football suits him a lot in the sense of the way the team play.

“I think the fact you get more time to play out a the back than you normally would in the Premier League.

“I think he’s suited to international football. I was nervous about him before the World Cup but he’s winning me over slowly.

“There are so many keepers now of his ilk and his stature and his ability in terms of agility that you have to change with the times.

“I was always of the Peter Schmeichel, the big presence. He (Pickford) doesn’t look huge in goal but is agile and does make great saves.”