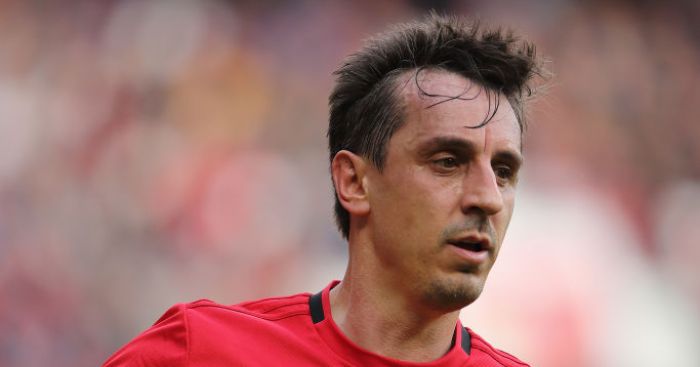 Gary Neville has explained why he is actually rather fond of this current iteration of Manchester United.

Neville has been one of the most vocal critics of United in recent years, laying into their apparent plan to appoint Rio Ferdinand to a position of technical director.

The club’s former right-back has also railed against their on-pitch demise, which culminated in the sacking of Jose Mourinho and appointment of Ole Gunnar Solskjaer, who steered them to sixth place.

Solskjaer has since overseen something of an overhaul at Old Trafford, prioritising the signing of young, British players and starting the Premier League season with a win and a draw against difficult opposition.

Just how much has changed is still up for debate, mind.

“I like this team a lot more,” Neville told Sky Sports.

“I look at the team and they all want to be at the club – perhaps Paul Pogba has aspirations to leave the club and play elsewhere. But he’s settled down. It’s a team that’s got energy and youth – I like it.

“It’s not slow or boring. They are having a go. It needs two or three senior additions that will make them really good but if that team can grow together.

“They are not going to take over City in the next 12-18 months but when Pep Guardiola leaves City and if Liverpool don’t recruit as well as they have done, then Manchester United must be ready to pounce. And if this develops, they’ve got a big chance of doing something in two years’ time.”