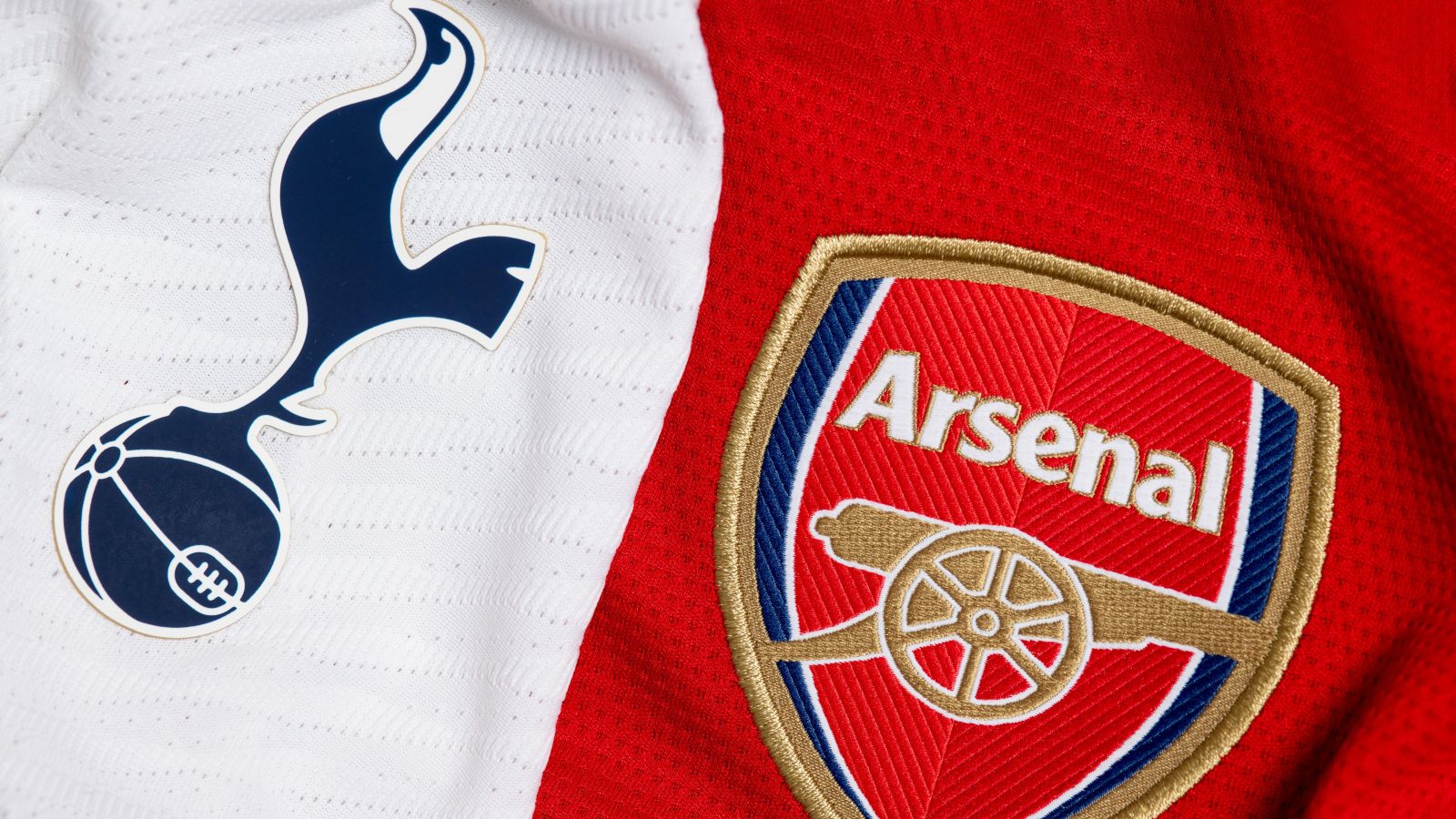 Gary Neville thinks Tottenham will win the north London derby against Arsenal after being impressed with their performance against Liverpool at the weekend.

Son Heung-min gave Spurs a 56th-minute lead at Anfield on Saturday before Luis Diaz hit back with 16 minutes left to give both sides a share of the spoils in a 1-1 draw.

Arsenal, meanwhile, beat Leeds United 2-1 at the Emirates Stadium on Sunday with an Eddie Nketiah brace securing the three points which moved the Gunners four points clear of Tottenham.

Nketiah may not be *the* answer for Arsenal, but he can compress Arteta’s ‘process’

With three matches to go, it’s crucial that Tottenham beat Arsenal on Thursday night if they are to have a chance of leapfrogging them into fourth position before the end of the season.

And Neville thinks Spurs will beat Arsenal after witnessing them put in an impressive performance against Liverpool at Anfield.

Speaking on his Sky Sports podcast, Neville said: “I think it will be a really tasty game on Thursday night, not just because of the fact it’s a north London derby and they’re playing for Champions League places.

“But the way in which this game was called off earlier in the year – even I wasn’t too happy with that!

“I wasn’t comfortable with it, I was doing the game, I was coming down on the Saturday and I just felt that it… wasn’t great.

“So there will be a little bit of needle, there is anyway so we don’t need to talk that up. Look, it’s Arsenal’s to lose but Tottenham on Thursday night, that will be hard for Arsenal. If they come out of there with a draw or a victory they’ll have done very well with the feeling that will be in that stadium against them.

“It’s a big game, I’m looking forward to it. I fancy Tottenham on Thursday night. I thought they were brilliant at Anfield, I thought it was a really good performance because Liverpool are one of the very, very best.”

“I know they’ve done well [at the Etihad] but Anfield is so tight and Virgil van Dijk and Ibrahima Konate are so quick and so strong that you think to yourself: how do Kane and Son do it against them? But they did. Brilliant, absolutely brilliant, I thought they were outstanding.

“They’re a joy anyway, they’ve been outstanding for a number of seasons now, but that’s the toughest away game that you have to play I think, Anfield, and it’s the toughest game to counter-attack in because the space is so little it feels like in the centre of midfield where Kane was picking it up and having to break.

“But Tottenham connected through Kane into those wide players, he held it up enough, he moved away and rolled people just to get the pass away or turned and got that pass away, and he does it absolutely wonderfully. Conte can do that as a coach, he has it in him that sort of warrior mentality.”