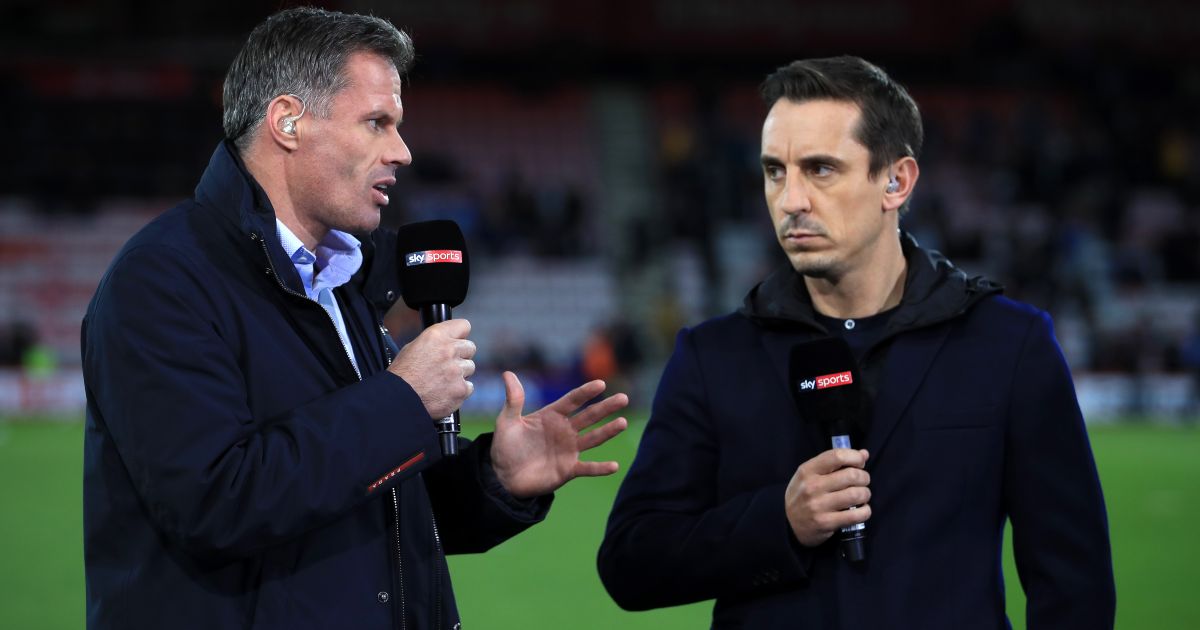 Gary Neville and Jamie Carragher’s heated Monday Night Football debate spilled out into the car park as they continued to disagree over the best England side for the Euros.

The former Man Utd and Liverpool legends were involved in a number of entertaining debates on Sky Sports throughout the evening, with Neville and Carragher disagreeing over whether to include Trent Alexander-Arnold in England’s starting XI at the Euros.

The England squad debate raged on via a live Instagram video on Neville’s account with both former players told off by security during the car park argument.

Neville said: “Well… I can’t believe what I’ve just been through.

“I’ve been exposed to the… Scouse mafia in full flow. I’ve delivered three excellent bits of punditry tonight that have basically been rubbished by gobsh*te here.”

“Seriously, can you please explain how you’re going to do that?

“You think we can dominate possession with five defenders, and Rice and Henderson?”

Carragher responded: “Can England win a tournament playing that way, you’ve done it so often. Didn’t Gareth Southgate use three at the back and get to the semi-final?

“How many times did Harry Maguire come out with the ball and start and attack?

“This guy has got a serious problem with Trent, you’ve always had a problem with people from Liverpool haven’t you?”

Neville jokingly replied: “Yeah, it’s getting bigger by the day.”

The former Man Utd right-back took the debate into the taxi on the way back to their hotel but soon finished by saying: “Right, we’re gonna get going, there’s a few people on here telling us off. See you later.”