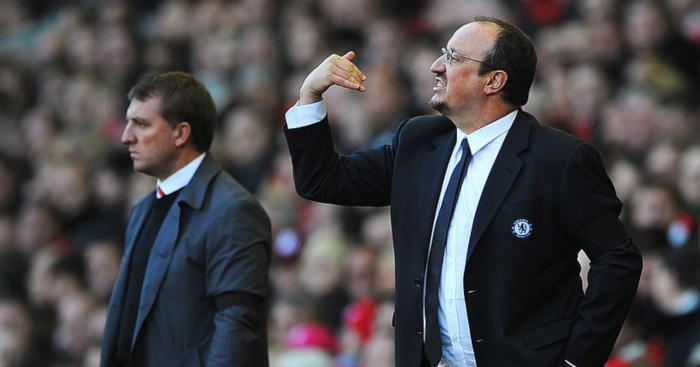 Gary Neville reckons both Rafael Benitez and Brendan Rodgers “will really want to put on over on” Liverpool and Manchester City this Premier League weekend.

Benitez’s Newcastle host Liverpool on Saturday before Rodgers takes Leicester to the Etihad Stadium on Monday.

Neville feels that Benitez “will want to do a job” on former club Liverpool, while Rodgers will “make sure that tactically he matches Pep Guardiola”.

“Rafa Benitez, I think, will want to do a job on Liverpool , on Jurgen Klopp. A resilient, stubborn 0-0, 1-0 victory.

“I think Brendan Rodgers will want to go to City and make sure that tactically he matches Pep Guardiola, and show that he can compete at that level.

“He’ll give his players that night a system of play that will be clever. He’ll want to go head-to-head with him.

“I think both managers in these next two games will really want to put one over on the two teams they’re playing, and I think this race will continue until the last day because of that.

“Both teams will win I think. But there could still be a shock. I keep waiting for one of them to drop points!”