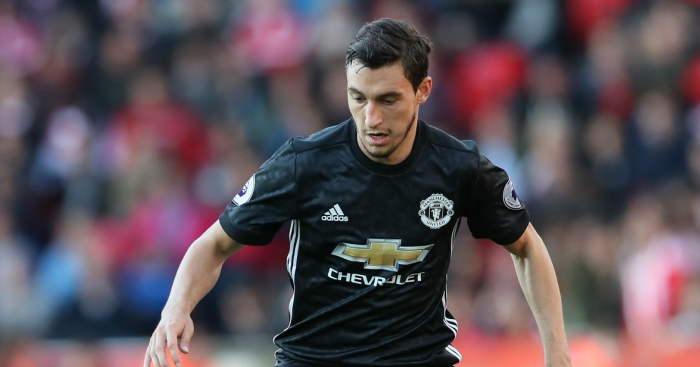 United have stormed to the top of the Premier League table alongside bitter rivals Manchester City after five games.

Their 4-0 win over Everton means they have the exact same record as City, with four wins, one draw, 16 goals and two conceded.

Antonio Valencia opened the scoring against the Toffees on Sunday and Neville has been suitably impressed by the right-back, but he suggests there is an issue on the opposite side.

“He’s been absolutely outstanding for the last 18 months, two years,” Neville told Sky Sports. “I had doubts as to whether it could last in the long term with him, I thought it was more of a stop-gap until they signed a right-back. But he’s the real thing.

“He is a top right-back now. He’s strong, quick, supports the attack, and doesn’t make any mistakes. United don’t need to sign a right-back. To think they signed Matteo Darmian as the right-back, Valencia is head and shoulders above him.

“But Valencia at right-back has been absolutely fantastic.”