Home All The News Neville identifies where England must get ‘better’ 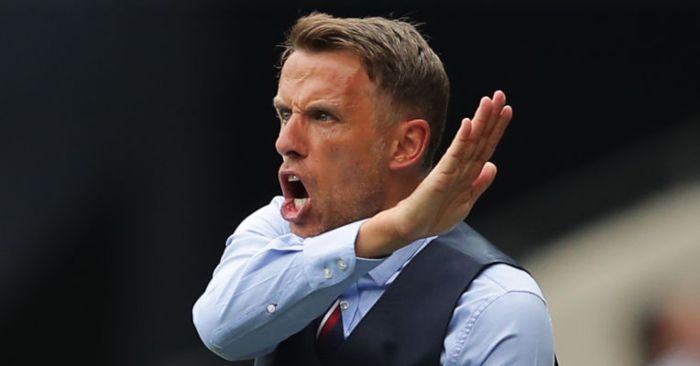 England manager Phil Neville urged his players to “keep being ruthless” after their levels dropped in the second half of a 2-1 win over Scotland.

The Lionesses bossed things in the first half of their Women’s World Cup opener in Nice, during which Nikita Parris scored a 14th-minute penalty and Ellen White added a curled finish shortly before the break.

But things were different after the interval and Claire Emslie’s strike with 11 minutes of normal time remaining made for a tense conclusion.

Neville said in his post-match press conference: “We played really well in the first half.

“We played really adventurous, really high. We could have had more goals, and nearly had a third one just after half-time.

“And then I suppose the disappointment leaving the game – and it’s the standards that we have set – is that in the second half we need to keep the ball better.

“When I see them play like they did for the first 60 minutes, we’re a good team that will progress in the competition. If we drop our levels, then it makes life tougher.”

Emslie scored after England captain Steph Houghton gave the ball away, and Neville said: “She gave it away trying to do the right thing. She was trying to make the pass that we practice, so I’m never going to criticise my players for that.”