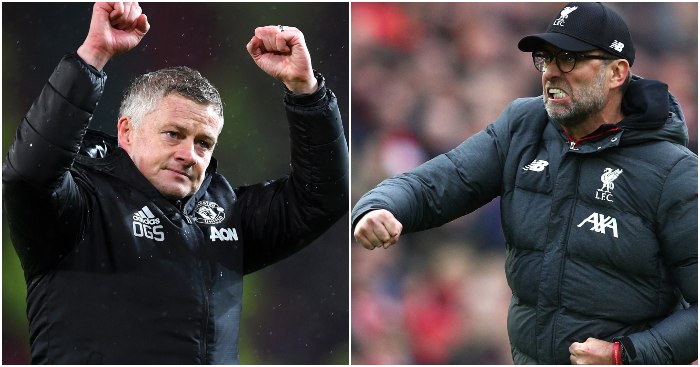 Gary Neville has cited Jurgen Klopp as the current Premier League manager he would most like to play under.

The former Manchester United defender was asked to choose between the 20 top-flight bosses on Sky Sports’ The Football Show and he had no hesitation in choosing the Liverpool man.

“I’d probably say Jurgen Klopp. I just look at the way his teams play at this moment in time, they’re adaptable.

“They do play with possession but they also counter-attack, they’re also competitive. They’re not one-trick ponies and I think it just looks like he’s full of energy, full of belief, confidence, always feel like he wants to attack.

“But obviously there are other great managers in the Premier League – Pep Guardiola is one of the greatest managers of all time, but I just think Klopp is someone who would be great to play for.”

“With Pep he wants his team to play, he wants to dominate the ball, and it would’ve just suited my style more.

“But I’d have liked to have played for either of them – the team talks, just the knowledge of working with them day-in, day-out.”