Gary Neville singled out Eric Bailly after he conceded a penalty in Man United's 3-2 loss to Brighton. 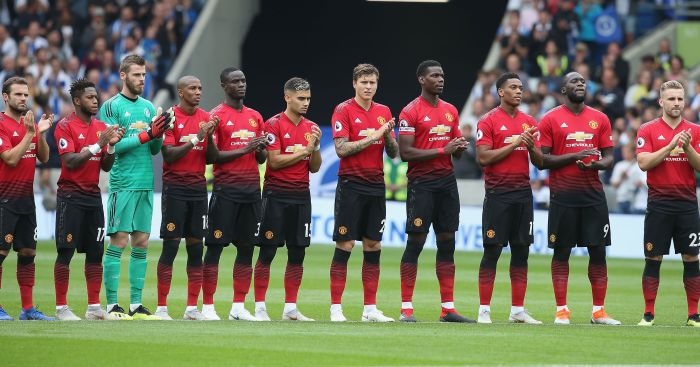 Gary Neville singled out Eric Bailly after he conceded a penalty in Manchester United’s 3-2 loss to Brighton but labelled “every single United defender” as “rash”.

The Seagull’s third goal was scored by Pascal Gross from the spot after Bailly took out the midfielder in the penalty area.

And former United defender Neville has questioned whether Jose Mourinho’s defence is good enough to win the Premier League title.

“There’s five centre backs at the club. Is there a pair among them who you would trust to take you to a title? That’s the question Jose [Mourinho] needs to answer,” Neville told Sky Sports.

“Every single United defender… they’re rash, they make tackles they don’t have to.

“It’s really poor from Bailly, it’s so poor. Jose will hate what he’s seeing. All of them [the defenders] dive in, every single one of them. He will be absolutely fuming.

“You have to hang in there when your’re not playing well. The mistakes at the back. There’s no need to tackle, you’ve got to keep your composure.

Our very own Daniel Storey wrote a scathing piece after the match, read it here…