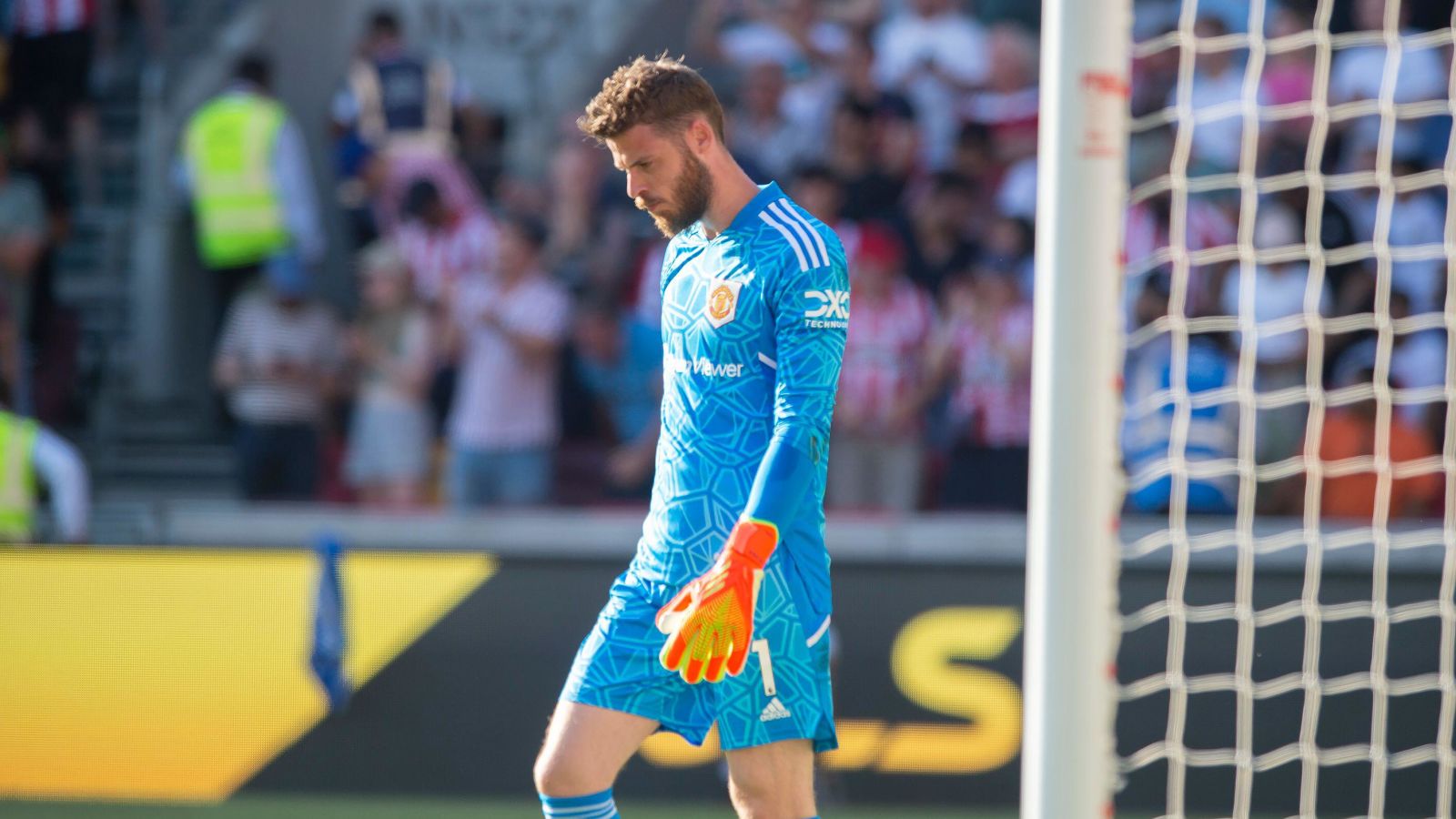 Erik ten Hag’s side crumbled to a 4-0 defeat, with all four goals coming before the break through Josh Dasilva, Mathias Jensen, Ben Mee and Bryan Mbeumo, and Neville, working as co-commentator for Sky Sports, was all but lost for words.

Speaking after the fourth goal, he said: “What a first half of football we’re seeing here, the annihilation of Manchester United.”

When United boss Ten Hag appeared on screen, Neville added: “He’s got nothing to say, he’s got nowhere to go.

“What do you do at half-time if you’re Erik ten Hag? What can you possibly say to those 11 players who have been out there in the first half? What can you say?

“I think you’ve just got to send them out again, that would be it. I’m not quite sure what else he can do.” In the end, Ten Hag made three changes at the break, with Lisandro Martinez, Luke Shaw and Fred making way for Scott McTominay, Tyrell Malacia and Raphael Varane. They at least managed to keep the second half goalless.

Speaking earlier, Neville had been critical of Ten Hag’s selection.

He said: “If you’d said to be before the game – I’m not a gambling man but – Brentford might score from a free-kick, I would have said, ‘yeah’.

“Ten Hag has picked the smallest team he could hoping they would outplay Brentford. You have to deal with the physical side of the Premier League. It’s like a men’s team against under-nines.”

Redknapp added: “I don’t think I’ve ever seen a 45 minutes in the Premier League quite like this. A team like Manchester United, their performance.

“They’ve not got after them, they’ve not won any second balls and Brentford have been magnificent. They’ve just been too strong for Manchester United.”

Former England striker turned broadcaster Gary Lineker noted on Twitter “This could finish with Eric Ten down” – before correcting the spelling of Ten Hag’s first name to Erik – and also questioned whether United’s new yellow and green third kit would be prematurely retired.

“This is extraordinary,” he wrote. “@ManUtd 4 down in 35 minutes. Not sure this kit will see the light of day ever again.”

Local newspaper the Manchester Evening News included half-time player ratings in its live blog of the game, with all 11 players given 0/10.