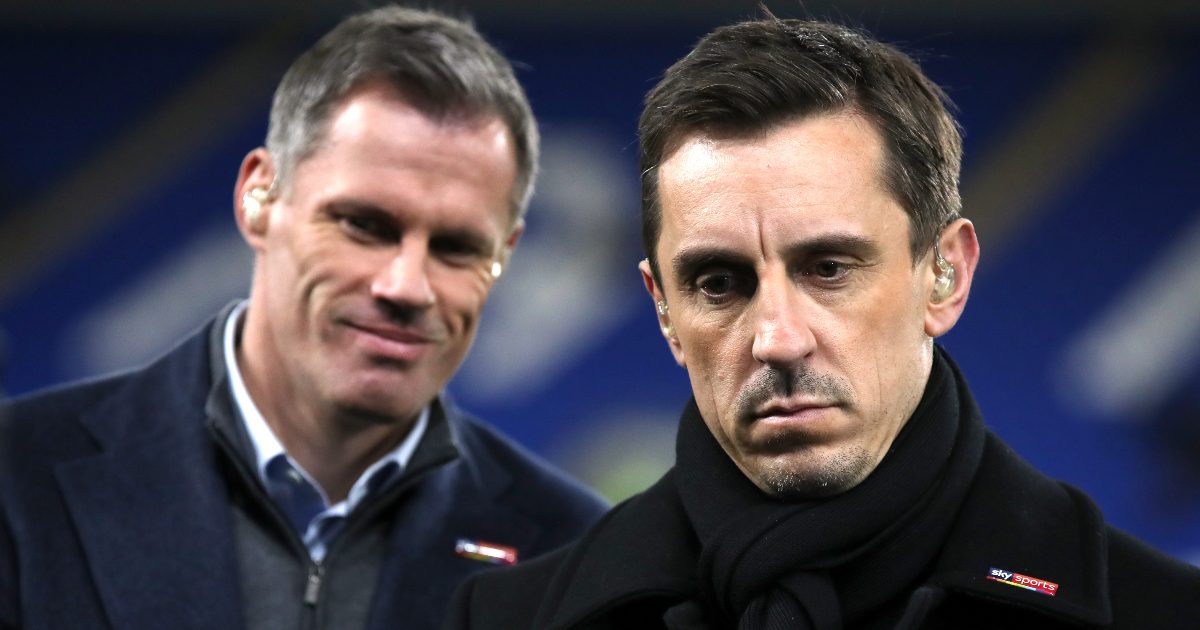 Gary Neville has reportedly joined a group of pundits, commentators and broadcasters together in an attempt to prevent further Big Six breakaway attempts in the wake of the European Super League debacle.

The Daily Mail claims Neville has formed a WhatsApp group including the likes of Rio Ferdinand, Gary Lineker, Jamie Carragher and Steve McManaman.

The report says a group call has already taken place and another is set for Tuesday, with initial plans set to be discussed.

The aim is thought to ensure those in the football media can present a unified voice against any further moves from club owners to form a breakaway league.

The initial response from pundits like Neville to the announcment of the ESL is thought to have played a significant role in the U-turn of the clubs just 48 hours later.

And those in the group are eager to ensure their voices can continue to play a part in dealing with major issues within football.

Meanwhile, Neville backed the Manchester United fan protests which saw their game against Liverpool postponed and urged the Glazers to sell the “rotting club”.

“The Glazer family have been resilient and stubborn for many, many years,” Neville said. “I think that they are struggling to meet the financial demands that this club needs and have done for some time.