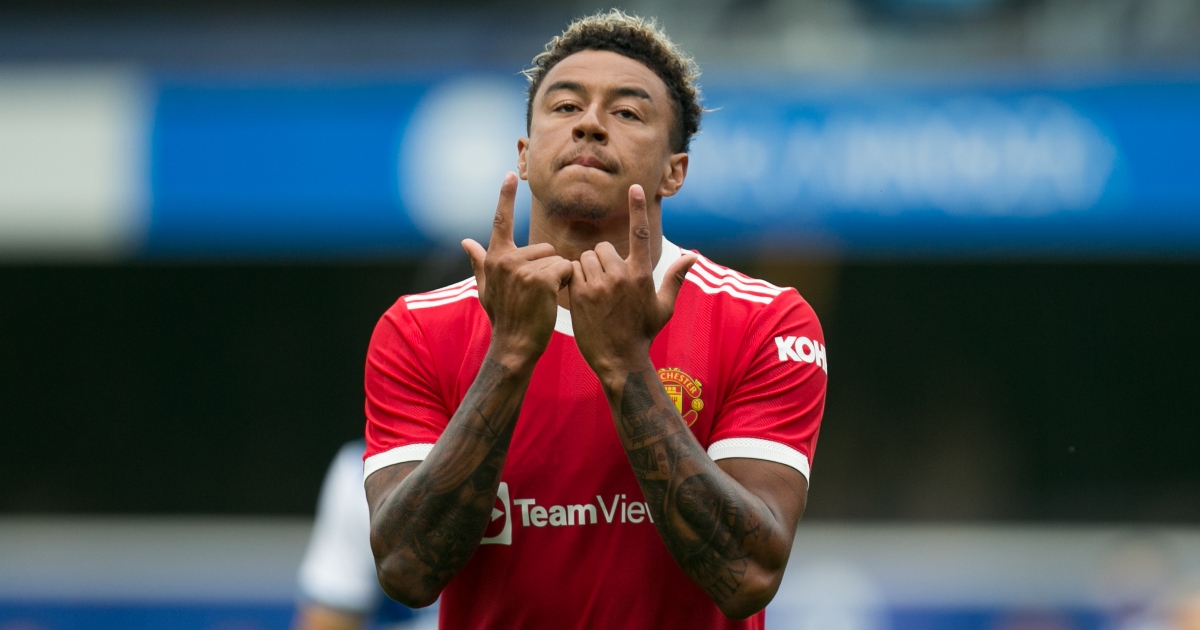 Gary Neville has claimed that Jesse Lingard needs to leave Manchester United this summer, with a trio of Premier League clubs interested in the midfielder.

West Ham United, Everton and Leicester City have all been linked with a move for Lingard in recent months, who impressed on loan at the Hammers last season.

The 28-year-old scored nine goals and provided five assists in 16 Premier League appearances for the Londoners.

How the mid-table ten have killed or curated hope

However, Man Utd’s £30million asking price has put West Ham off making an offer to sign the midfielder on a permanent basis.

Rafael Benitez is also keen to bring Lingard to Goodison Park, according to The Sun.

And if Leicester City lose James Maddison to Arsenal, they could attempt to bring the United man in as a replacement.

A man in high demand, Neville said on Sky Sports’ The Overlap fan debate that Lingard needs to move on from Old Trafford to further his career:

“Jesse needs to leave for Jesse. He got pride last year playing at West Ham,” he said.

“He’s the man there and he’ll come back here and play 15 games, and be a good squad player, but he doesn’t want that again surely after what he experienced last season.

Also speaking on The Overlap, Man Utd legend Roy Keane has said that Lingard, Aaron Wan-Bissaka and Fred are “not good enough” for the Red Devils.

“I still have my doubts with United. The couple of signings they’ve made are fantastic, there’s no doubting the quality they’ve got in, but I’m worried definitely about the middle of the park and I’m still not convinced about the right-back.

“They’ve got Fred obviously, Scott McTominay is a good young player who is improving. There’s talk of United changing system and going to a 4-3-3. The middle of the park worries me for United.

“I think they need to get one in. I think for Ole it’s about shifting people on as well, sometimes you are waiting for a couple of players to go out because United have a lot [of deadwood], Jesse Lingard and players like that in the background. They have to shift them on, they’re not the answer.

“If you ask me if I think Jesse Lingard is going to get United back challenging for titles, the answer is no. And I’ll say the same for Fred and maybe McTominay.”