Home All The News Neville: Liverpool the ‘weakest’ top-four candidate 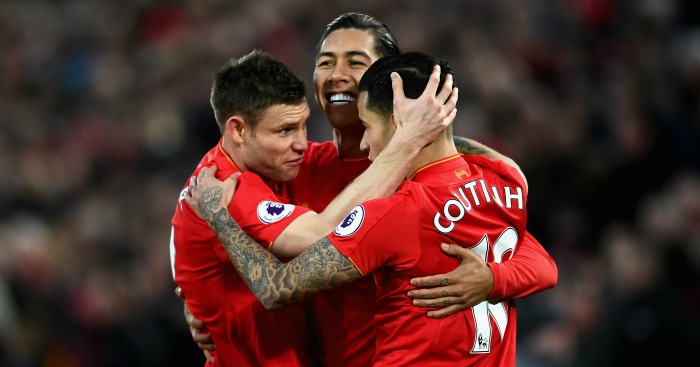 Gary Neville believes Liverpool have a “great chance” of finishing in the top four – despite being perhaps the “weakest” of the six contenders.

The Reds boosted their hopes of qualifying for the Champions League with a 2-1 victory over Burnley on Sunday, keeping them in fourth place.

Arsenal are five points behind in fifth and Manchester United a further point behind in sixth, although both sides have played two fewer games than Jurgen Klopp’s side.

Neville believes Liverpool have a “great chance” of finishing in the top four this season, but claims that they are “potentially the weakest” of the six candidates.

“There are going to be two big clubs and big managers to drop out of that top four,” he said on the Gary Neville podcast.

“You’d have to say, at this moment in time, if every team had the same games towards the end of the season, I think Liverpool could be in trouble.

“They could potentially be the weakest in some ways, but the fact they’ve got a really good run in does give them an advantage to get in there. But it’s so tight and it changes week by week.

Neville added, in relation to the club’s struggle against more defensive sides: “They have a great chance of getting into the top four, but they do have to overcome this style problem.”