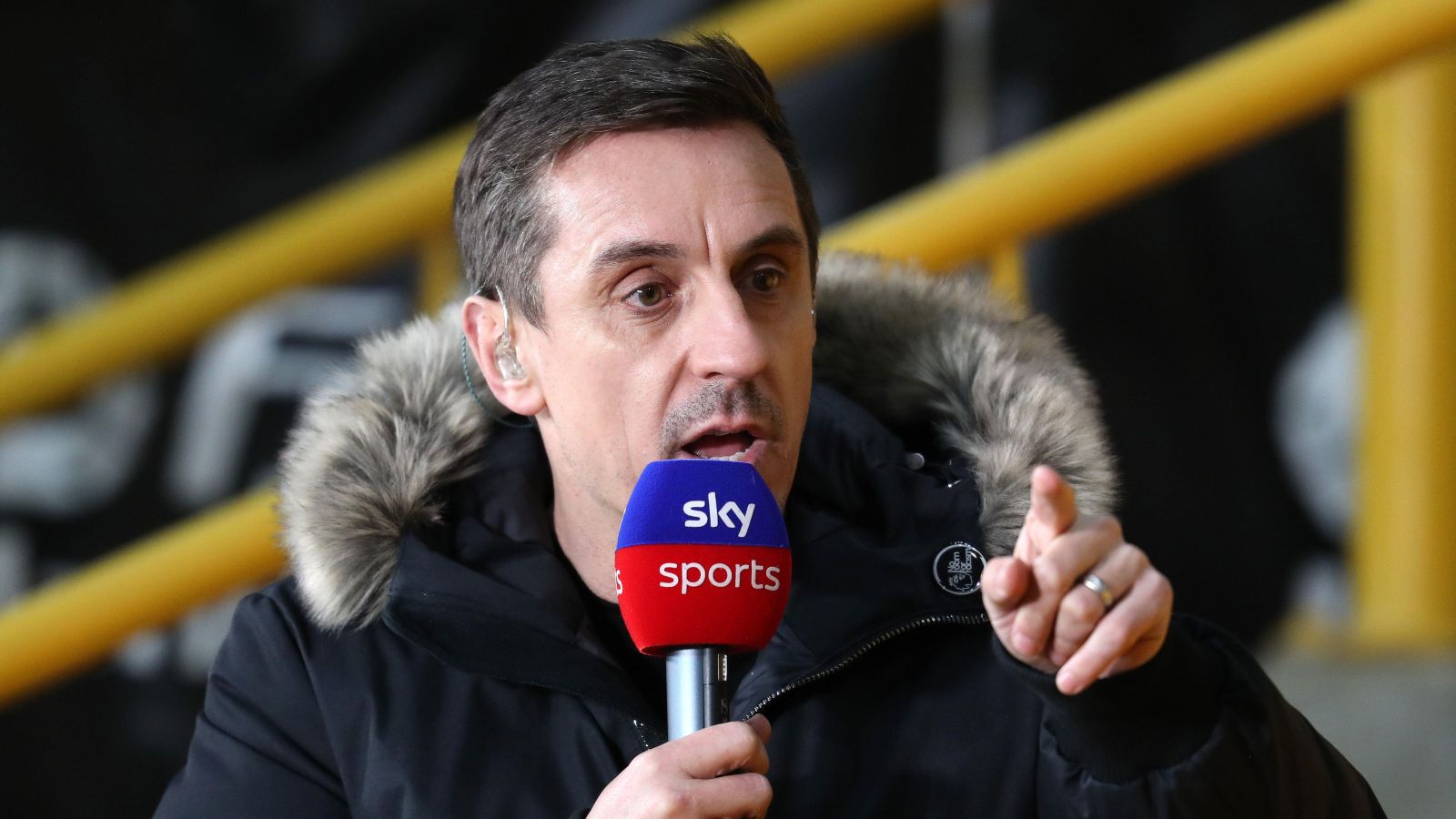 Gary Neville claims that Thiago Alcantara was “laughing” and taking the “f**king p*ss” out of Man Utd in Liverpool’s 4-0 win on Tuesday night.

The Spaniard was one of the best players on the pitch as the Merseysiders romped to a comfortable win over the Red Devils with Ralf Rangnick’s side barely touching the ball in the first half.

Goals from Luis Diaz and Mo Salah put Liverpool 2-0 up at the interval before further strikes from Sadio Mane and Salah took the Reds aggregate score against Man Utd this season to 9-0.

And Neville reckons Thiago found it that easy to play against Man Utd on Tuesday that he was “laughing at them all game”.

“What Liverpool have done tonight is toyed with Manchester United,” Neville said on the Gary Neville Podcast. “Thiago was laughing when he came off, he was laughing at them all game.

“I don’t normally swear on the Gary Neville Podcast, but he took the f**king p*ss out of Manchester United tonight. That was so simple for the Liverpool players.”

Rangnick said after the game that the Red Devils could bring in as many as ten players in the summer as they rebuild the squad.

And Neville called their defeat to Liverpool on Tuesday an “all-time low” in his 42 years watching Man Utd.

Speaking after the match, Neville said on Sky Sports: “Man Utd were a million miles away from that Liverpool team in every department. On and off the pitch. It was a sobering evening.

“We expected it. Not one Man Utd fan came here with any hope whatsoever. That team has got nothing.

“There are some decent players out on that pitch and some talent. I cannot explain how it’s gone from what would be slightly promising at the end of last season finishing second – I know they lost in the Europa League final which was a bad one – to the point where we are today which is an all-time low in my 42 years of watching United. I’ve never seen it as bad as that.

“I’ve never seen a Man Utd team wilt and be as flaky in a game of football in my 40 years.”