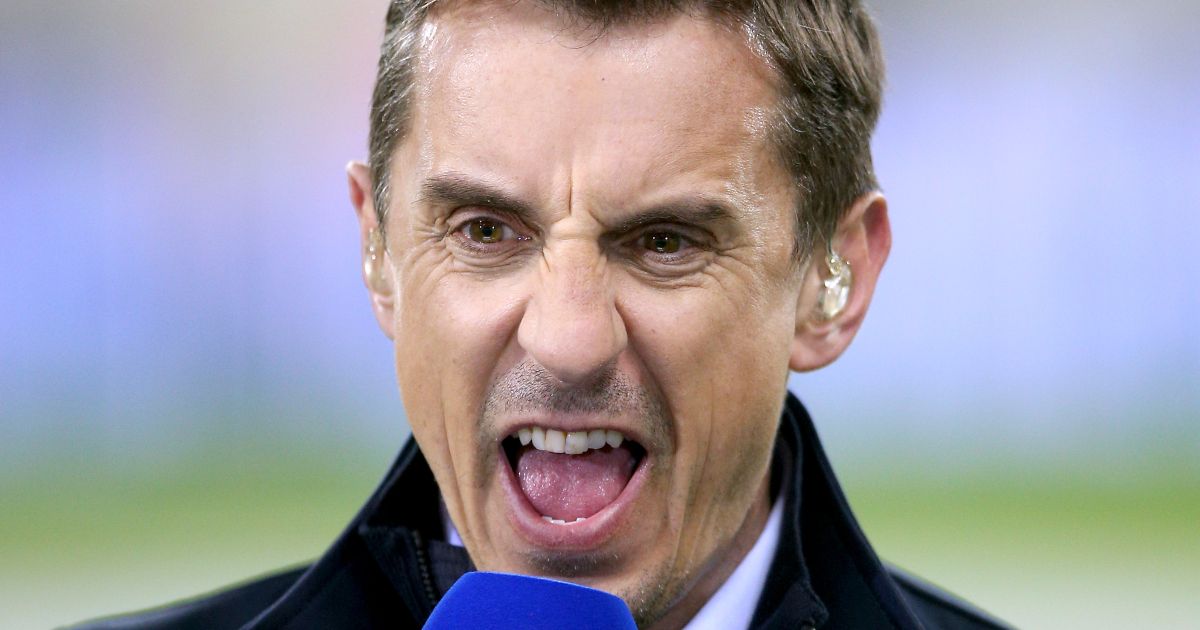 Son Heung-min scored the only goal of the game as the Premier League champions were defeated in their first match of the new season.

Mendy was part of Pep Guardiola’s side which lined up against Spurs over the weekend with Neville unimpressed by what he saw.

The France international has found it hard to pin down a starting place in Guardiola’s XI on a regular basis with form and injuries to blame.

Speaking during the match, Neville told Sky Sports: “Mendy can’t defend. He can’t defend. He’s so loose in his game and Man City have got [Oleksandr] Zinchenko and [Kyle] Walker on the bench.”

Meanwhile Ilkay Gundogan was injured in a late clash against Spurs with Guardiola saying that the German will have his injury assessed today.

“It was something in his shoulder,” Guardiola said. “We will see what happens tomorrow with the doctor. It looks like something happened.”

There were a number of regulars missing for City on Sunday with Kyle Walker, John Stones and Aymeric Laporte all having limited time on the training pitch, while Kevin de Bruyne and Gabriel Jesus managed to come off the bench.

Guardiola added: “Kevin played a few minutes but Kevin didn’t do one full session because of his ankle.

“Kyle and John and Ayme came back really really well and Gabriel as well but the guys who have been here since the beginning for us deserve to play.

“In general they made a good pre-season, they made a good game in the second half but the reality is we concede few, not much but we lost the last games 1-0 and 1-0 so that’s why we have to continue working and day-by-day, the players feel better.”

Despite City failing to score in north London, Raheem Sterling is excited about building a partnership with England team-mate Jack Grealish this season.

“I played with Jack a few times,” Sterling said on the club’s official website. “It’s a good partnership but it’s still early days with me and him.

“We will learn each other’s game more as the season goes on and hopefully build a better partnership for the rest of the campaign.”