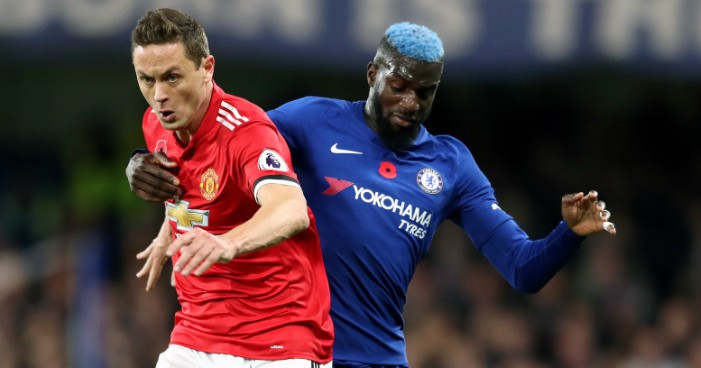 Gary Neville blames the Manchester United midfield for their 1-0 defeat at Chelsea on Sunday afternoon.

“The intent was there but if you haven’t got quality and composure in midfield, you’re going to struggle,” Neville told the Gary Neville Podcast. “Passes weren’t connected, whereas with Chelsea, there was rhythm in their passing. Chelsea had rhythm, United only had moments.

“For me, Fabregas was the man of the match because he got control of the game and that was the difference for me. Chelsea’s midfield gripped this game. I don’t feel Manchester United’s midfield did.

“I think United had 15 minutes at the start where they showed intent. There was a big chance for Marcus Rashford, a good chance for Lukaku about 20 minutes into the game, Chelsea started to get a handle on it and it was in midfield: Bakayoko’s runs, Kante controlling the defensive line and – more importantly, Hazard starting to drop in with Fabregas.

“Manchester United started with real purpose and intent to go and damage Chelsea – you could see Jose Mourinho felt that if he could get that first goal, that this crowd could get anxious and the players might lose confidence.

“But from 20 minutes onwards, Chelsea were by far the better team. They really put in a good performance. You talk about them being champions last season and dropping off this year but that was a high level.”

Neville had previously said that Manchester United missed Paul Pogba and Michael Carrick, even though the latter was not played a single Premier League minute this season.