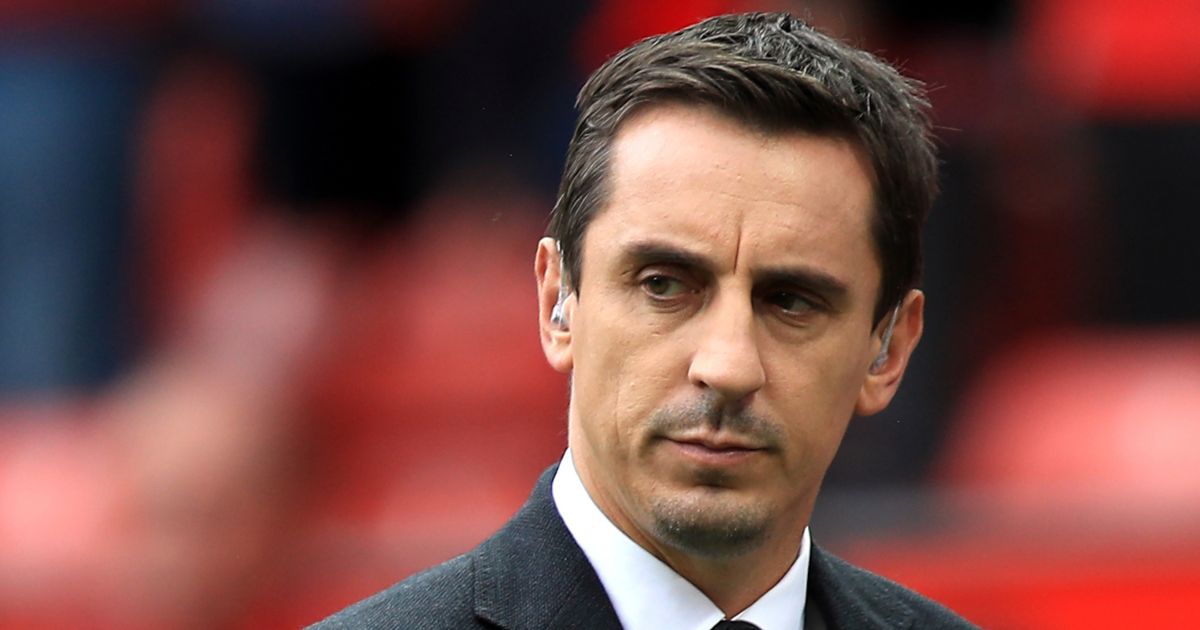 Gary Neville thinks Arsenal still have a “hangover” from the Arsene Wenger era in the same way Manchester United have had for years.

Arsenal fans will have been hoping that the new faces could help them avoid another eighth-placed Premier League finish.

But they have made a disastrous start to the new campaign with Mikel Arteta’s side losing all three of their Premier League matches, while failing to score a goal in the process.

And Neville is confused at the club’s current strategy as they try and rebuild after Arsene Wenger left Arsenal in 2018.

When put to Neville that Arsenal aren’t signing the world’s biggest names at the moment, Neville replied on Sky Sports: “No, but there spending a load of money. I have to say I’m not quite sure what the strategy is at Arsenal in respect of the transfer market.

“It does just seem a little bit all over the place. Maybe there is a strategy but it’s not explained very well, it’s not clear. Sometimes you might see a signing out of left-field that you think ‘well ok you can see where that one’s come from’.

“But there’s quite a few of them and I’m not sure what style of play they are moving towards. But it will all unfold in the next few weeks. Look, Manchester United came out of a period with Sir Alex Ferguson, a long-term manager who was an institution and it’s very difficult.

“That’s not a criticism of Arsene Wenger, it’s a situation that has evolved out of the fact that he was there for so long. And you you’re trying to get the club to move forward when…

🗣 “They’re spending a load of money – I’m not sure what the strategy is. It seems a little all over the place”

Gary Neville questions what Arsenal’s transfer strategy is and says the club are still suffering from a hangover from their era under Arsene Wenger… pic.twitter.com/xVyKI6UKat

“I always think of David Moyes’ comment about Sir Alex Ferguson. It’s almost like you’re going into the house and the father’s left and you’re the step-father and the people are still looking and saying ‘it was different when Arsene was here’.

“You’ve still got that attitude. I think that’s starting to leave Manchester United now ten years in because I think most of the people that were there under Sir Alex have left or have accepted the fact he is never coming back.

“But there’s probably still an element of that at Arsenal with Arsene Wenger. And it’s not necessarily within the squad, or even in the football side, it’s sometimes the non-football side that holds everything back.

“That feeling of not being happy in the club. There’s something not right at Arsenal at this moment in time. There’s a lot of lack of assurity at the top in terms of what’s the strategy coming down. And that happened at United for five or six years.

“They’ve settled down now and stabilised at United, it seems a lot better, even though they haven’t started winning yet.”