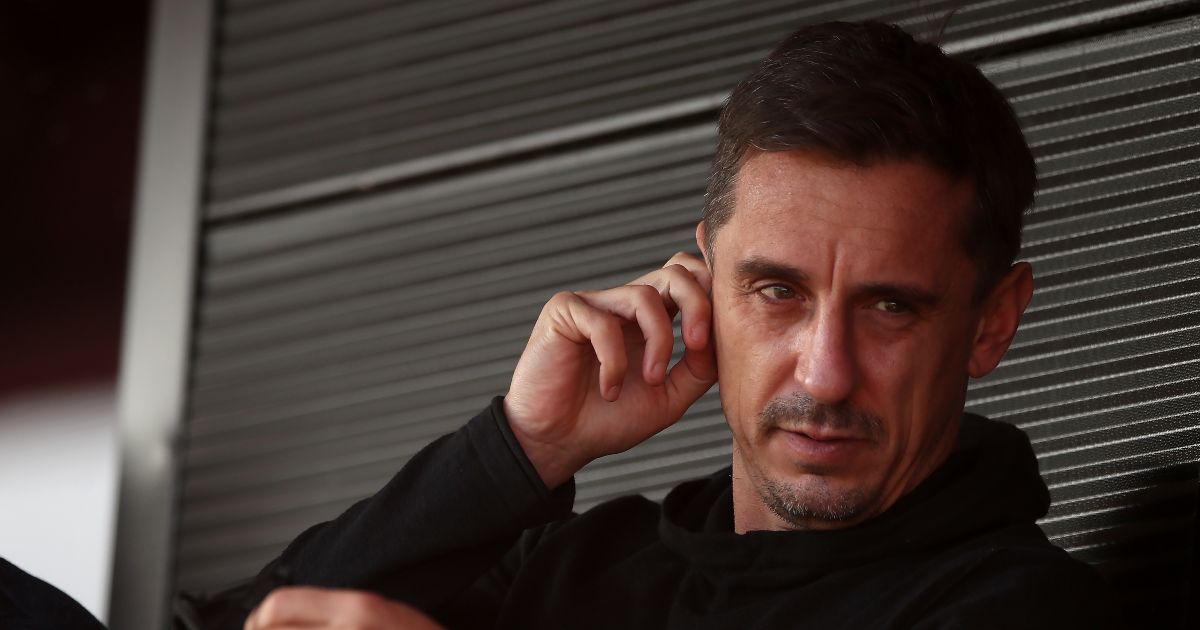 Gary Neville claims Man Utd don’t have “enough workhorses” in their team after they were beaten 4-2 by Leicester City on Saturday.

Solskjaer’s side lost away from home in the league for the first time since January 2020 with late goals from Jamie Vardy and substitute Patson Daka piling the pressure on the Norwegian.

The Red Devils have now only won two of their last seven matches in all competitions with Man Utd losing four of those games.

And Neville doesn’t think Mason Greenwood, Jadon Sancho, Paul Pogba, Cristiano Ronaldo and Bruno Fernandes should all be playing in the same team.

“Their performances are nowhere near good enough, at the moment when they play half decent teams they’re going to struggle,” Neville told Sky Sports.

“We’ve seen a team that’s been picked today with Greenwood, Sancho, Pogba, Ronaldo and Fernandes in that team.

“I wouldn’t want to be a defender in that team. I’d love them as players but not all in the same team. There’s not enough workhorses.

“There’s a reason that Darren Fletcher and John O’Shea and Gary Neville and Nicky Butt and Tom Cleverley got a game alongside those great players at Manchester United, because they are workhorses. The current squad is unbalanced.

“And Manchester United are getting what they deserve and it needs to change. Today was no surprise, the performances weren’t very good even though they weren’t winning.”

🗣”Manchester United’s performance are imbalanced and it needs to change but today was no surprise.”

And reacting to their loss at Leicester, Solskjaer admitted that his side had not been good enough to take any points from the fixture.

“We didn’t deserve points today,” Solskjaer said after the match.

“We started well, Mason scores, shows his qualities and then for a little while you think maybe we can get the second, then we gift them the first goal.

“Maturity? I wouldn’t say maturity. I would say the focus in key moments. You know, two set-piece goals, one goal 10 seconds after we’ve just equalised, that shouldn’t happen, and of course the first goal we gift them that one. All of the goals were disappointing how we’ve conceded them.”